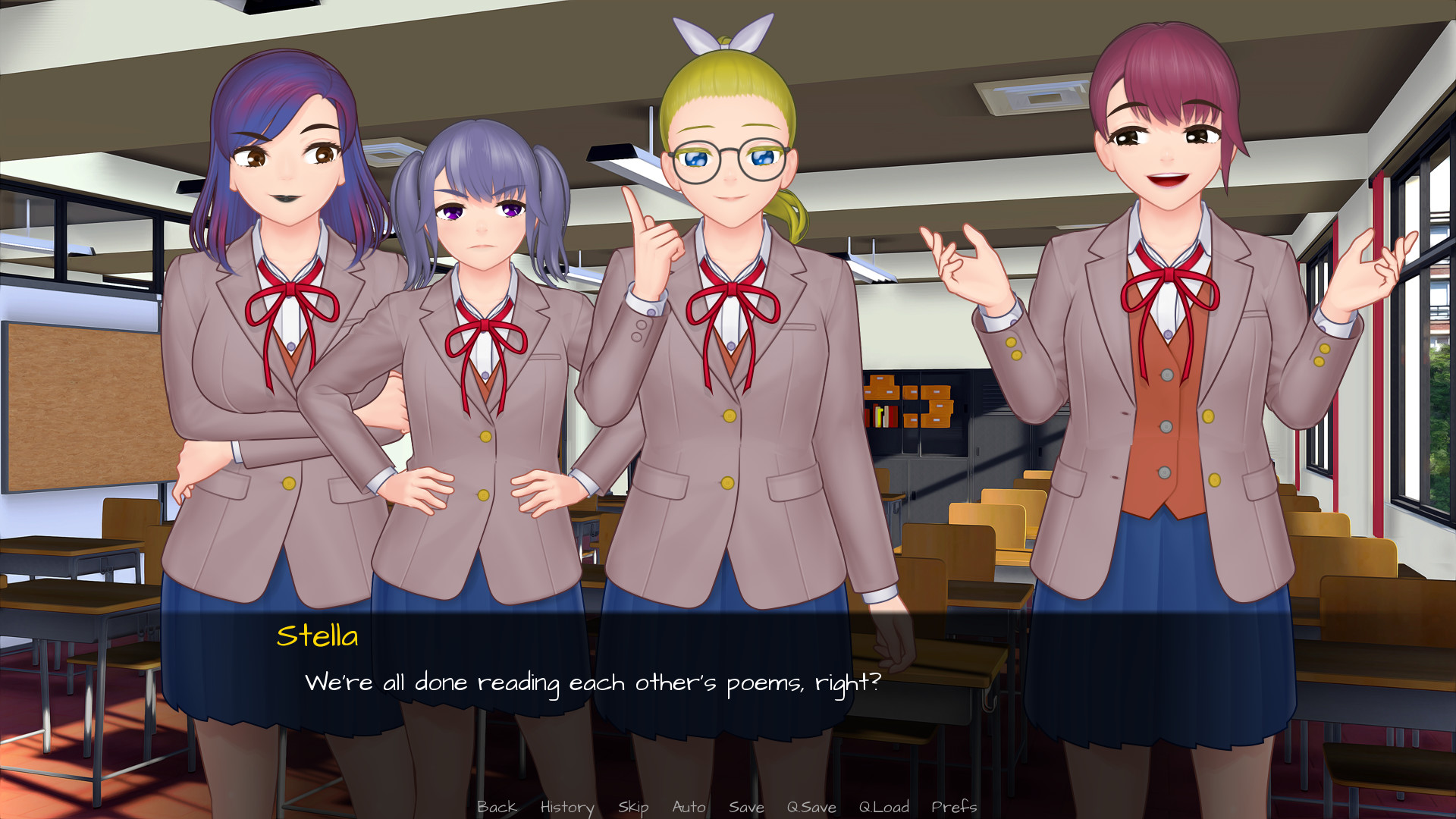 Welcome to the Murder Club!!

In this short comedy visual novel, you’ll take on the role of an unpopular transfer student who begins a new life at a vaguely Japanese high school. They quickly get drafted into the school’s most secret after-school club… but could it be that the seemingly innocent members of the Murder Club are hiding a dark secret?!

• Mildly amusing dialogue loaded with references to anime, video games (mostly Silent Hill and Metal Gear Solid), and outdated memes! Because why write funny jokes when you can just copy other people’s, right?

• Multiple choices that affect the story, such as your gender, your hobbies, and whether or not you’re naked in 50% of the scenes!

• A deadly minigame that is similar to, but legally distinct from, Wheel of Fortune!

• Three different endings, one of which is totally super secret and hard-to-find! – Steam