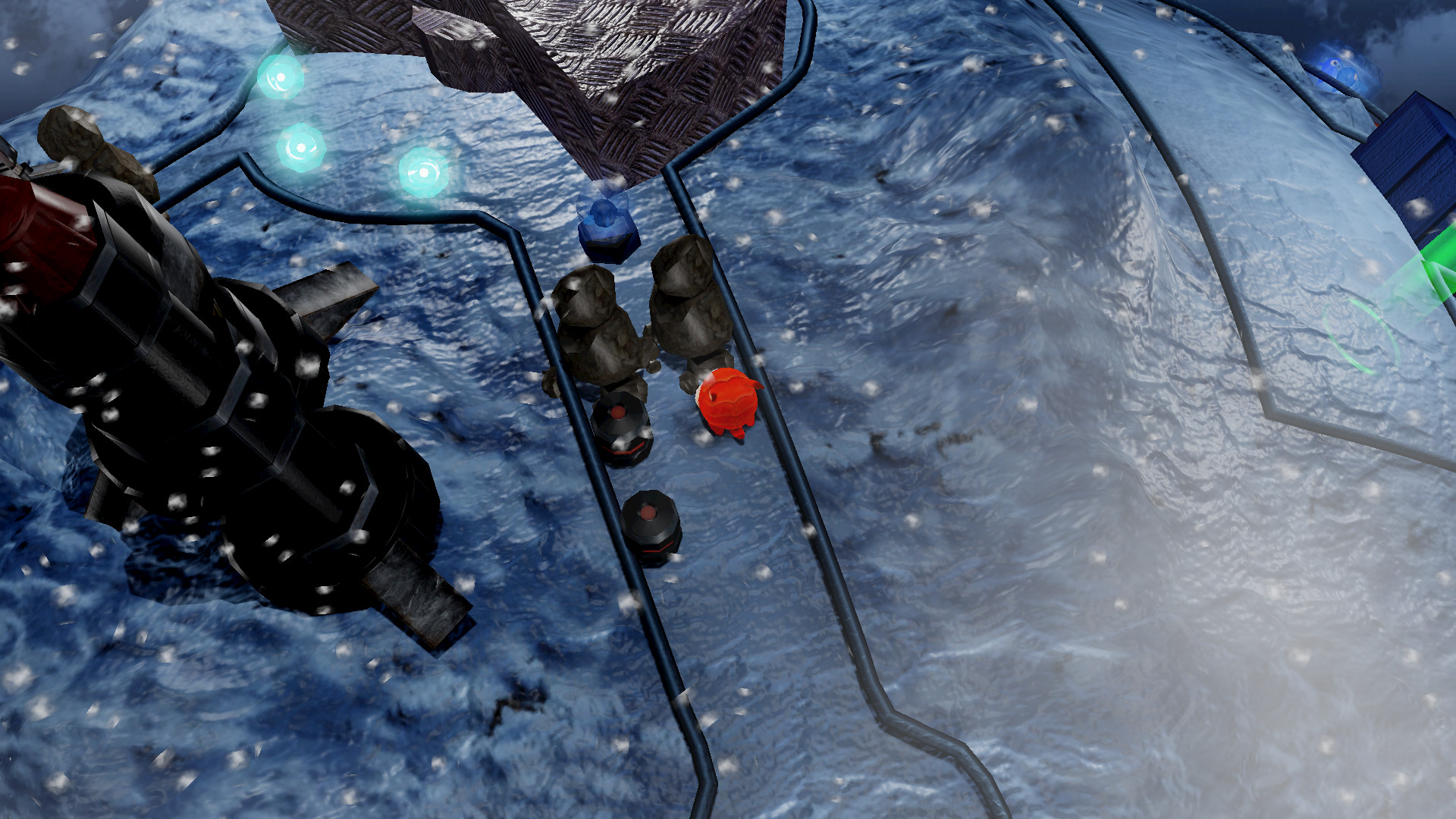 Rock and roll your way through a colourful world in Armillo, a sci-fi-style rolling platformer. In a once-peaceful galaxy, invading Darkbot forces are cruelly capturing small, blue critters. Flying from planet to planet, help Armillo rescue them and take back his home: a series of spherical 3D worlds featuring all manner of obstacles and enemies. Your main weapon against the Darkbots is Armillo’s roll, which lets you navigate paths, dodging or wrecking anything in your way. Jump and boost your roll to destroy tougher enemies, or collect power-ups to gain special abilities. Along the way, solve cheeky puzzles and grab orbs, which you can spend on bolstering Armillo’s powers for improved Darkbot routing. And that’s something you’ll need, as you battle multi-stage bosses in their own worlds. Within every level, track down a hidden Parallel World, where you’ll be challenged to speed run through a 2D zone. You’ll need lightning reflexes and your best, old-school platforming skills in these special stages – especially as you’re pushed to beat each stage against the clock! With snappy action, vibrant graphics and puzzles to stretch your mind, Armillo is rolling to defeat the Darkbots in this riveting 3D platformer, – Steam