Beneath a Steel Sky 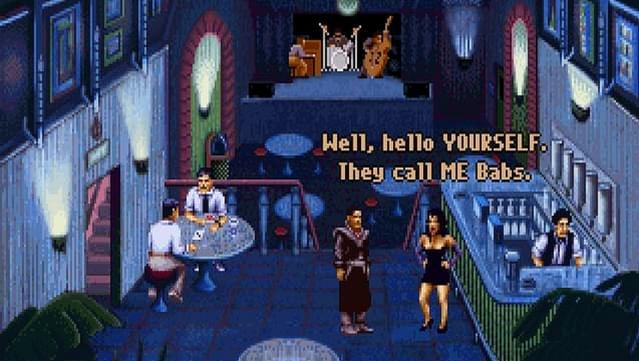 Robert Foster is an innocent outsider stranded in a vast city where oppressed civilians live and work in soaring tower blocks… while the corrupt, covetous and rich lie underground, shielded from all pollution. Alone, save for a robot circuit board, Foster must fight for survival… and discover the sinister truth behind his abduction…

In the not so impossible future. In the melting pot of Union City. All man’s social problems are coming to a boil. Under the claustrophobic lid of a steel sky.

From the pit of the industrial level to the belly of commercial sector, to the spheres where the rich and powerful play. It’s Man against Man. Man against Machine. Man against Time. In an urban hell only you can liberate… Maybe.

Featuring Revolution’s Software innovative Virtual Theatre system, Beneath a Steel Sky is a gripping science fiction point and click adventure game in the cyberpunk genre. Over 100 locations designed and art directed by award-winning comic book author Dave Gibbons (Watchmen fame). His comic book, inspired by the game itself, is included to complete the content.