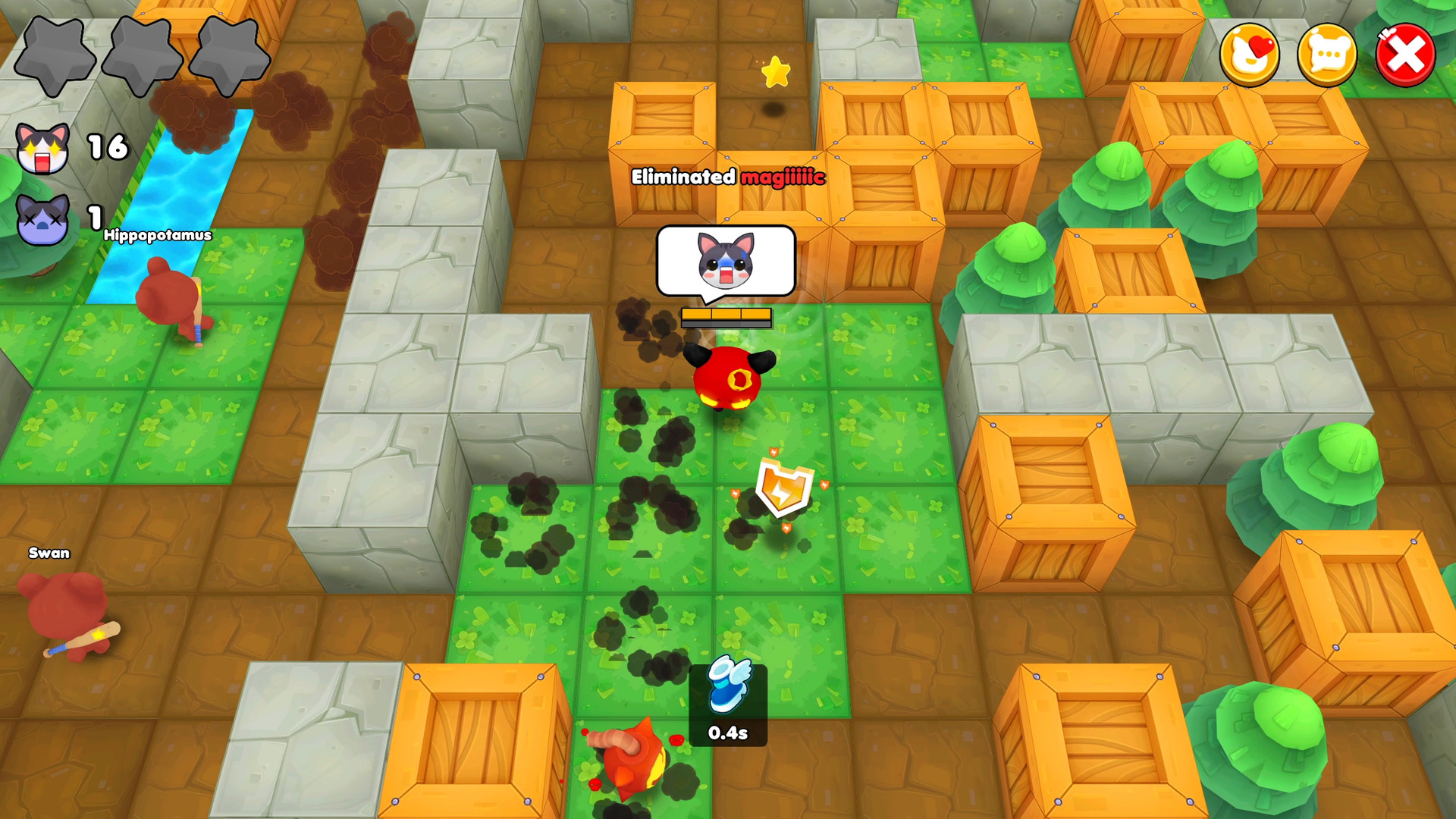 Bombergrounds: Battle Royale is a free to play massively multiplayer action game inspired by the classic retro bomber-games. You get thrown onto an island with many other players with only one goal in mind: Victory Royale!

In this cute yet deadly world, animals are fighting over their chance to reign over the land! However, only one animal may rule them all… Experience this chaotic, fast-paced, and action-packed world by placing down bombs, blowing up crates, collecting power-ups, and eliminating your opponents while trying to remain the last one standing. Do you have what it takes to become the leader of this land?