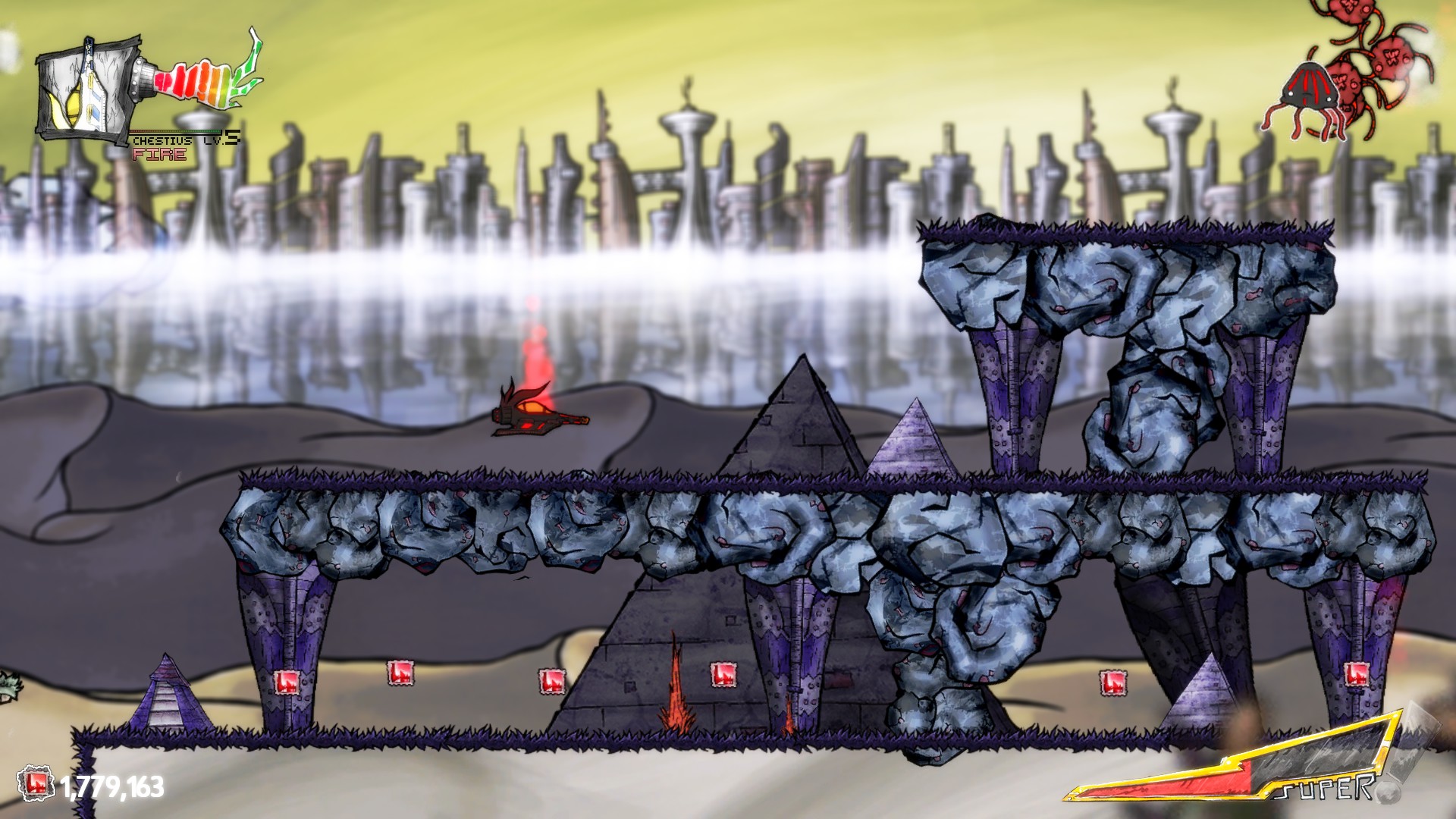 SOMEBODY STOLE YOUR CUPCAKES? GO GET THEM BACK!
And they kinda destroyed the universe too, but meh.

Do you have what it takes to save the world you ruined? (NOPE)

After an ill-advised prank by Chestercrystal cupcake adventure*, The Bad Guy has been pushed over the edge and driven on an absolute rampage. Buildings burned, realities shattered, and most importantly of all: CUPCAKES STOLEN.
It’s not going to be easy putting this world back together, so you’re just going to ignore that part and focus on the cupcakes!
Get ready to fight through over 40 levels finding cupcakes, killing baddies, and collecting stamps to spend on the many unlockables of CHESTER!

Control the style of the world!

Over 10 game changing styles to unlock!
Eat magical candies you find floating about to change the look of the entire world around you! As you progress through Chester One you’ll unlock more Magical Style Candies that you can eat. Each style candy changes gameplay up in unique ways.

Over 10 unique characters to unlock!
You won’t just be unlocking new Styles as you play, but completely new Chesters to play as as well! With The Bad Guy destroying realities like he did, Chesters from other universes can help Chester out on his quest. Unlockable Chesters range from classy gentlement, to tanks, and spaceships, and weird slug things.

Over 20 original songs that capture the fun quirkiness of classic video game music with a modern vibe that will keep you grooving through all 40 levels.

Every Chester and enemy you encounter is either a FIRE, WATER, or GRASS elemental, forcing you to react quickly to make sure you’re using the right Chester for the murdery job.

Learn about the weird world of Chester!

Every Chester, enemy, style, and item in the game has an unlockable Bestiary page that gives you a small glimpse into the world of Chester.

What’s new in Chester One?