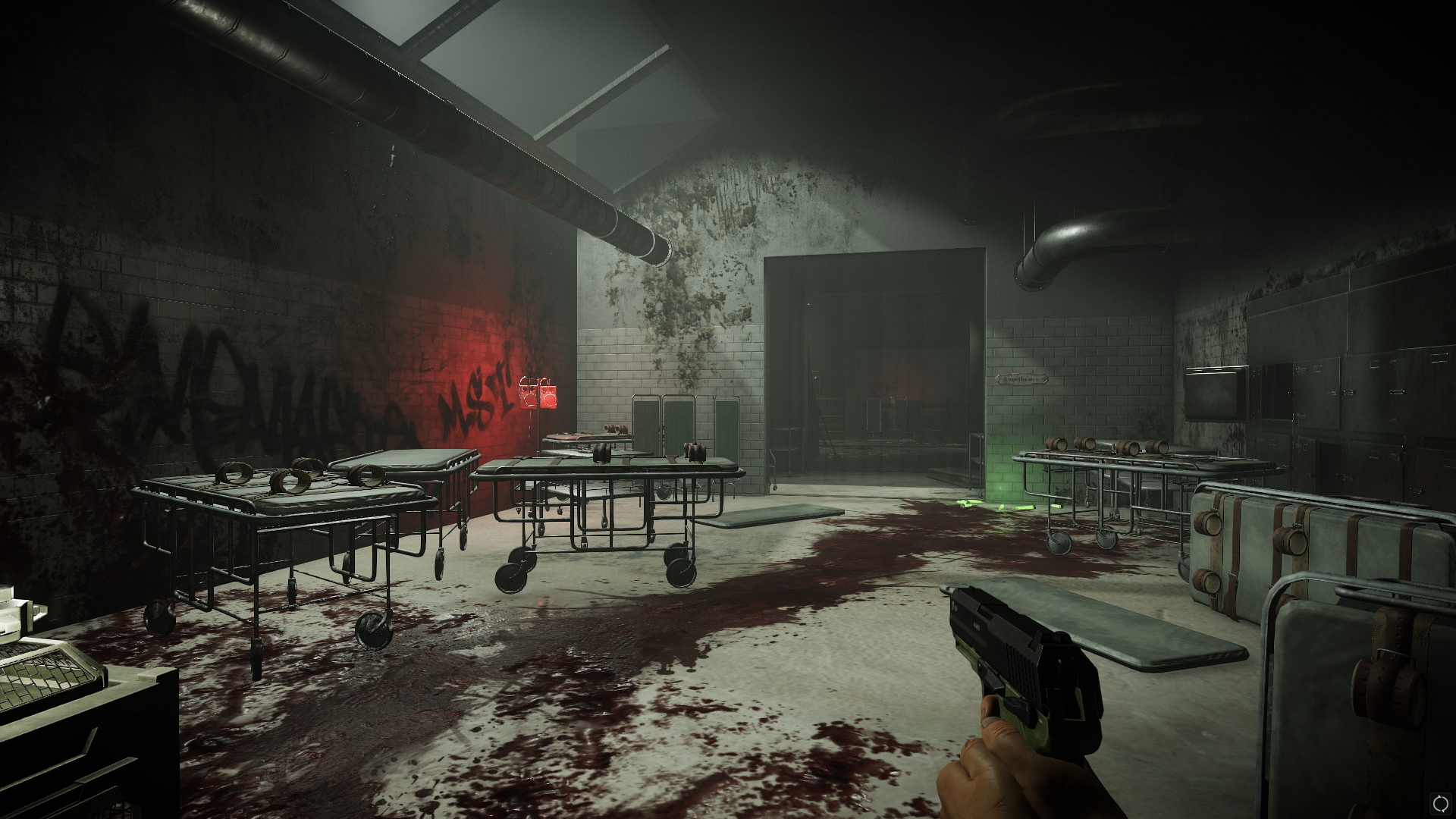 Deceit tests your instincts at trust and deception in an action-filled, multiplayer first-person shooter. You wake up in unknown surroundings to the sound of the Game Master’s unfamiliar voice. Surrounded by five others, a third of your group have been infected with the Game Master’s deadly virus and tasked with taking down the other innocent players. Innocents must stay alert, traverse the three zones and escape through the safety hatch as the infected try to pick you off one by one.

When playing as an innocent, you’ll progress through the map and come across items to help you survive as you advance towards the exit. However, you will need to decide which of these are most valuable to you, and whether to collaborate or fight with other players to get your hands on them. Every decision gives you more information on your teammates and what side they’re likely to be on.

A test of strategy and skill, innocents must work work together to gather weapons, secure objectives and vote out those suspected of infection to strengthen their chances of survival. But the environment has been setup to cause conflict amongst the group, creating doubt about the true intentions of players. The infected will be busy collecting bloody and trying to cover up their sabotage attempts, whilst the innocents will be keeping an eye out for suspicious behaviour and attempting to make alliances with those they think they can trust.

At the end of each zone, a blackout period occurs, allowing the infected players to transform into their terror form and attack. You’ll need this form to kill innocent players. In terror form you’re faster, stronger, and have better vision than your innocent victims and with an array of intense killing animations you’ll be able to create some frightening but also amusing gameplay!

Deceit combines the frenzy of fast paced combat mixed with strategic gameplay, and of course the psychological mind games of determining who you can trust. – Steam