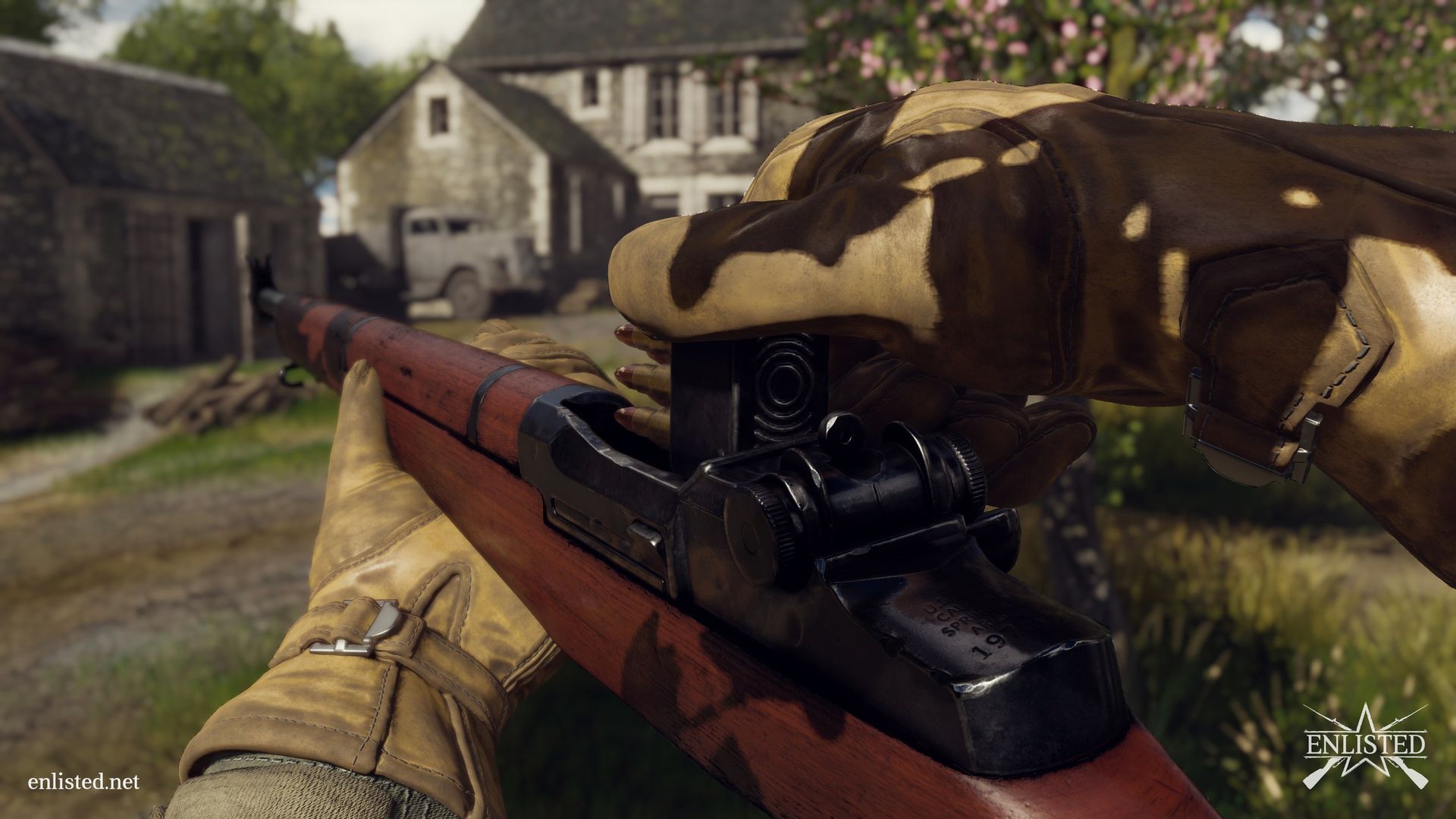 Enlisted is an MMO squad based shooter for PC, Xbox Series X|S and PlayStation 5 in World War II where you act as an infantry squad leader, tank crew or an aircraft pilot. The weaponry, soldier’s uniform, appearance and capabilities of the vehicles in the game are in line with historical facts.

Each squad consists of several soldiers who can be trained, equipped with new weapons and items and then taken into a battle. You control one soldier directly while other soldiers will be controlled by AI which obeys your orders. You can switch between soldiers and stay at the most interesting point in a battle event after part of your squad has been defeated.

Dozens of units with different specialisations participate in Enlisted battles simultaneously. This ensures maximum density and spectacularity of a battle while maintaining a high contribution with each participant for the victory of the team. Infantry, armoured vehicles and aircraft battle together and you can try several roles in just one game session. – Enlisted.net