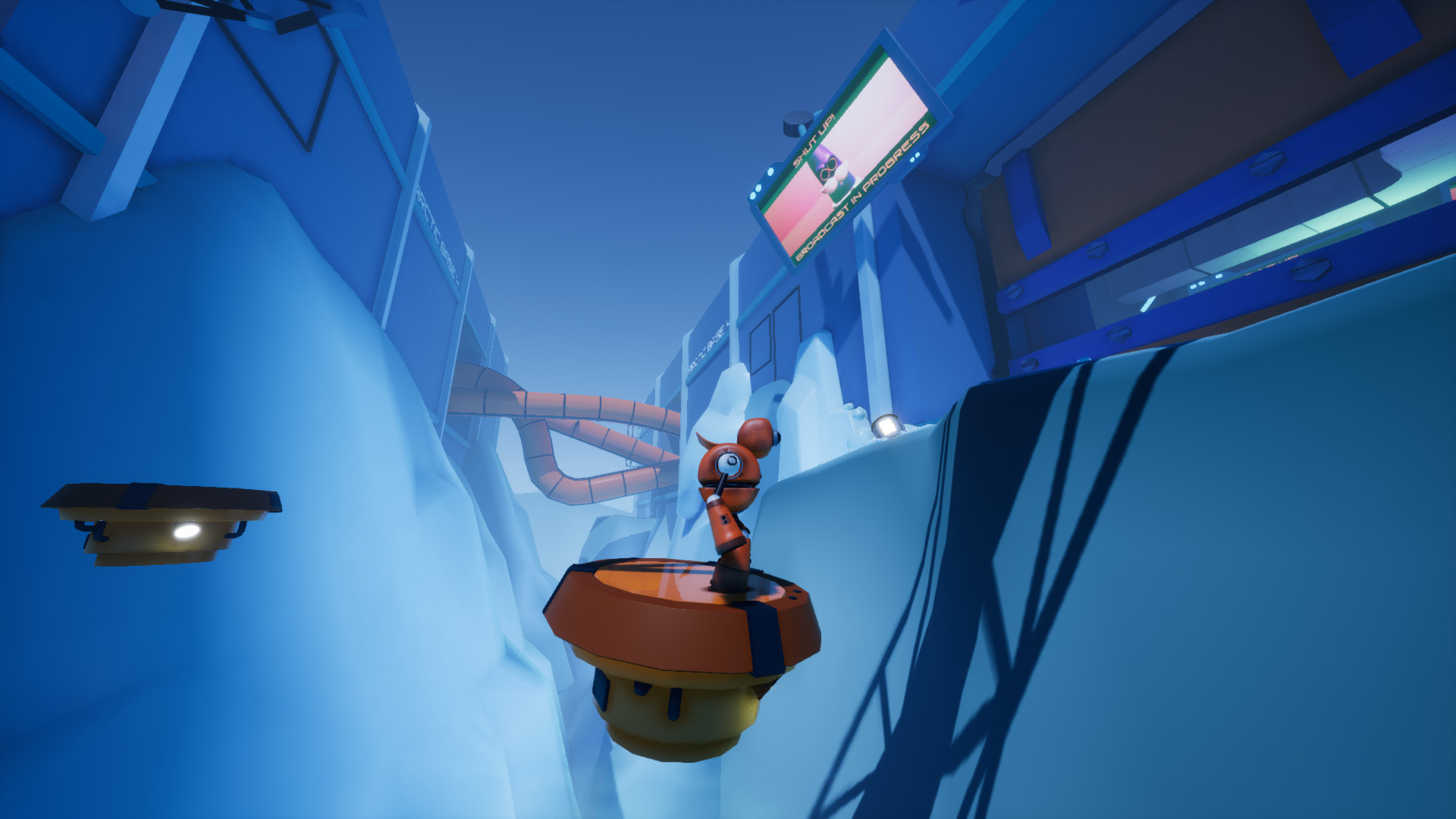 Earth is being reconstructed and that’s bad!

Gizmo is a Saturday-morning 3D platformer inspired by 90s classics of the genre.

All humans have been put to sleep except for the ingenious Doctor Bolt who is reconstructing the planet into a fully mechanised one! The only problem is that this has taken a long time and he ought to be stopped. Earth is now one huge construction site built by Dr Bolt’s population of robots!

Collapse into canister form and roll around Arctic Base 4, bouncing off robot heads and slamming into droids at high velocity.

Find the transmission beacons among the pipes and platforms, listen to Dr Bolt’s broadcasts and discover what’s behind that giant locked door. – Steam