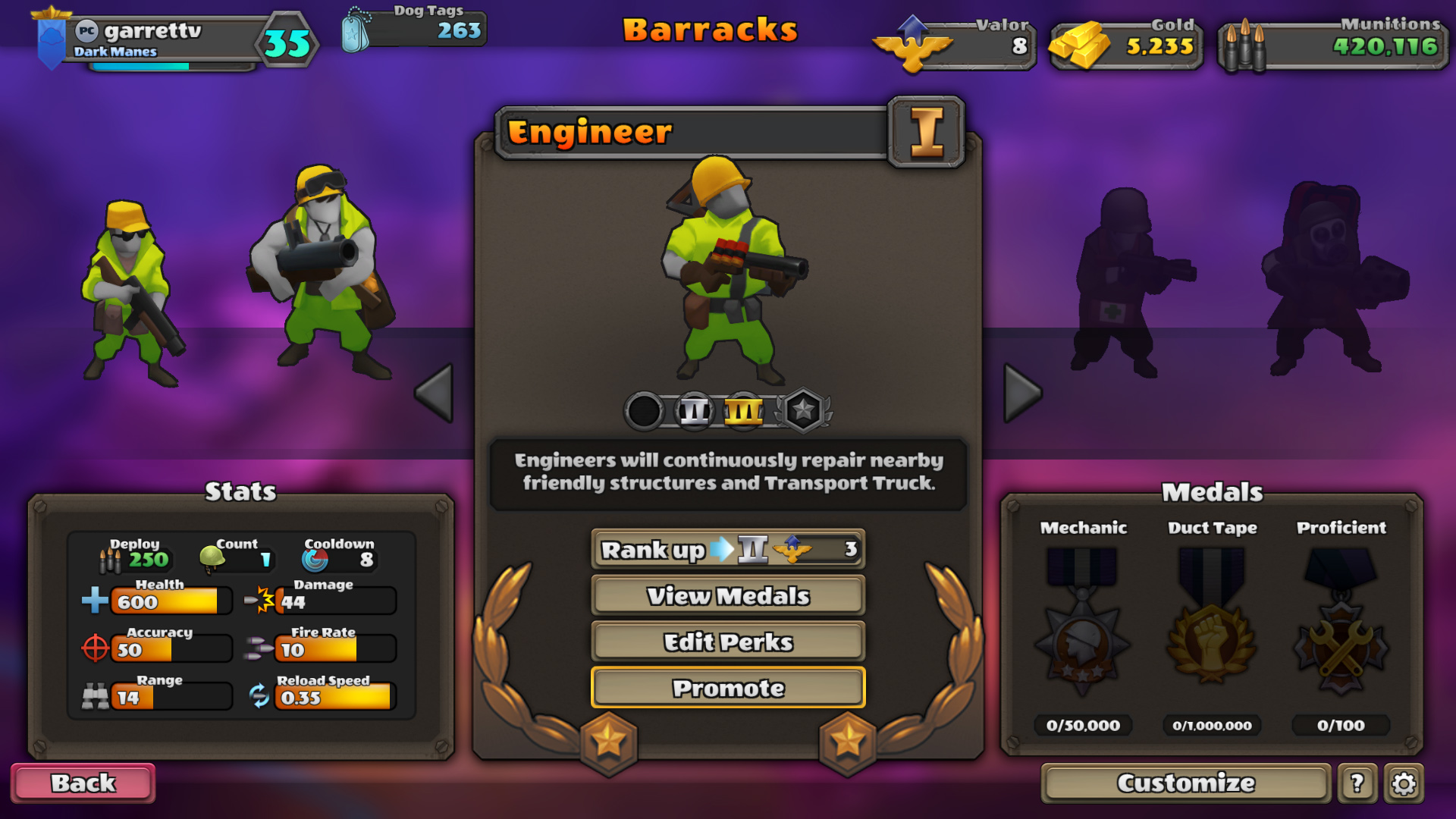 In a mashup of RTS & Tower Defense, GUNS UP! is an action packed strategy game lets you build and upgrade your defenses, take your army onto the battlefield to wreak havoc on other players.

Strategic control of the battlefield is achieved through the careful deployment of units and special abilities, smokescreens, bombing runs and more. Specials drop during combat but can also be earned as rewards for victory and brought into the next battle.