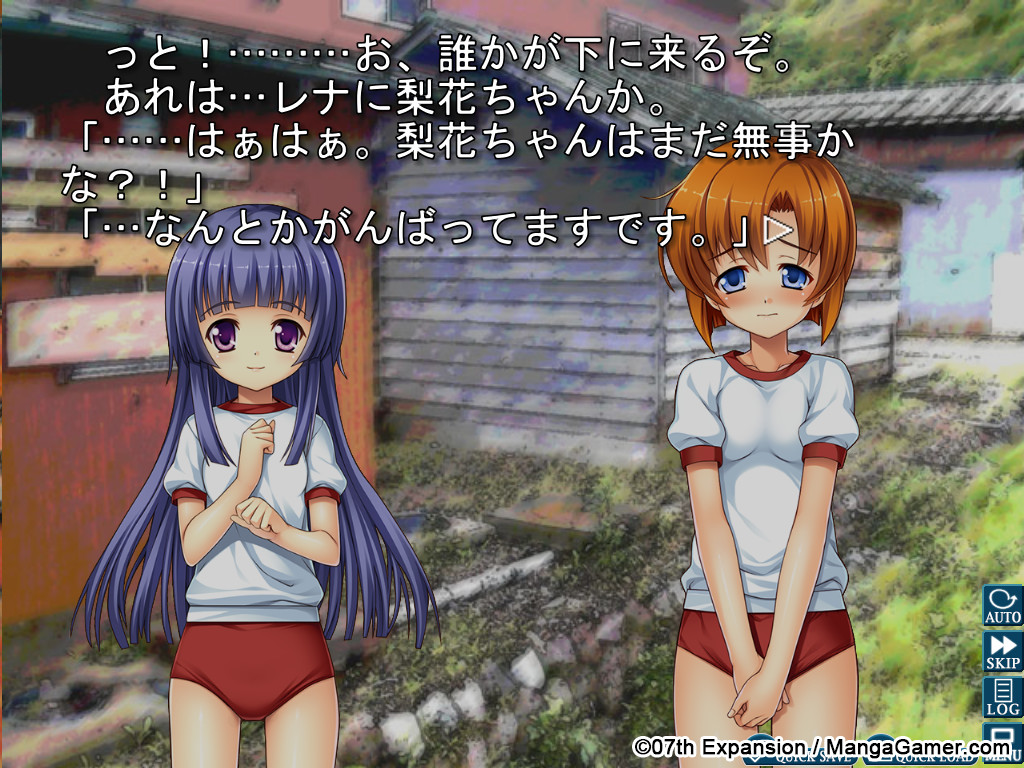 The 58th year of Shouwa, early summer
It’s June, and the summer heat has arrived earlier than it does most years.
By day there are crickets, and by night there are cicadas.

We’re in Hinamizawa, a small village in the countryside.
There are fewer than two thousand people here. But every year, there is an event.

On a certain day in June, someone dies, and someone else goes missing.
The series of deaths is connected to the upheaval surrounding the dam construction project.
A murder case that was covered up is being reenacted.
Is it a conspiracy? A coincidence? Or perhaps a curse?

Someone who was alive last night is dead now.
And someone who is here right now isn’t alive.

So, there is no way to avert tragedy. There is no choice but to give up.
But don’t give up.

Only you can stand up to this. – Steam