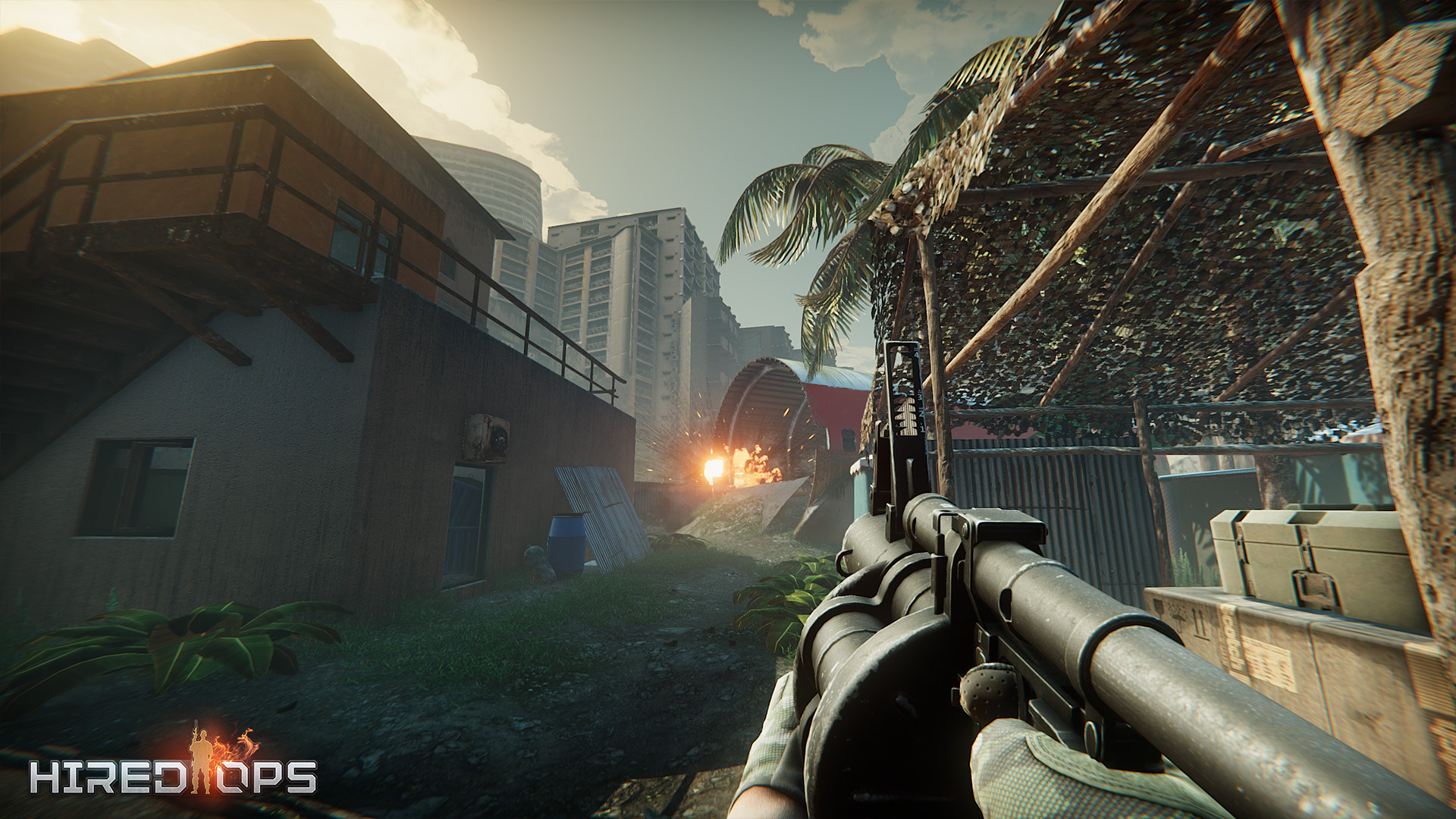 Take part in combat operations, complete contracts and seize dominance in the world of PMC market in Hired Ops.

Improve your combat skills, buy and use additional weapons, ammunition and special equipment during the battle. Use all the available arsenal for the selected class to make the enemies change their tactics and fight on your terms.

You can expect dynamic firefights in all parts of the world. A military base in Iran, a ghetto on the outskirts of Bangkok, a railway station in Kazakhstan, a coastal communications station in the Norvinsk region and other locations will become a place for battle and competition between BEAR and USEC.

Get into the spirit of mercenarism – each fighter selects suitable contracts, performs the most difficult tasks and earns a reputation in the market of PMCs. Your income, future contracts, and status among other mercenaries depend only on you. The higher your reputation, the harder the tasks you can get.

Play as a fighter in one of 4 different classes with own developed system of skills and an arsenal of various weapons with a large amount of modifications. The game offers over 80 pieces of modern small arms weapons and over 100 different modules for it.

About the company
AbsolutSoft has been developing video games since 2010. The company’s assets include Contract Wars an online shooter, which has conquered more than 48 million players worldwide. – Steam