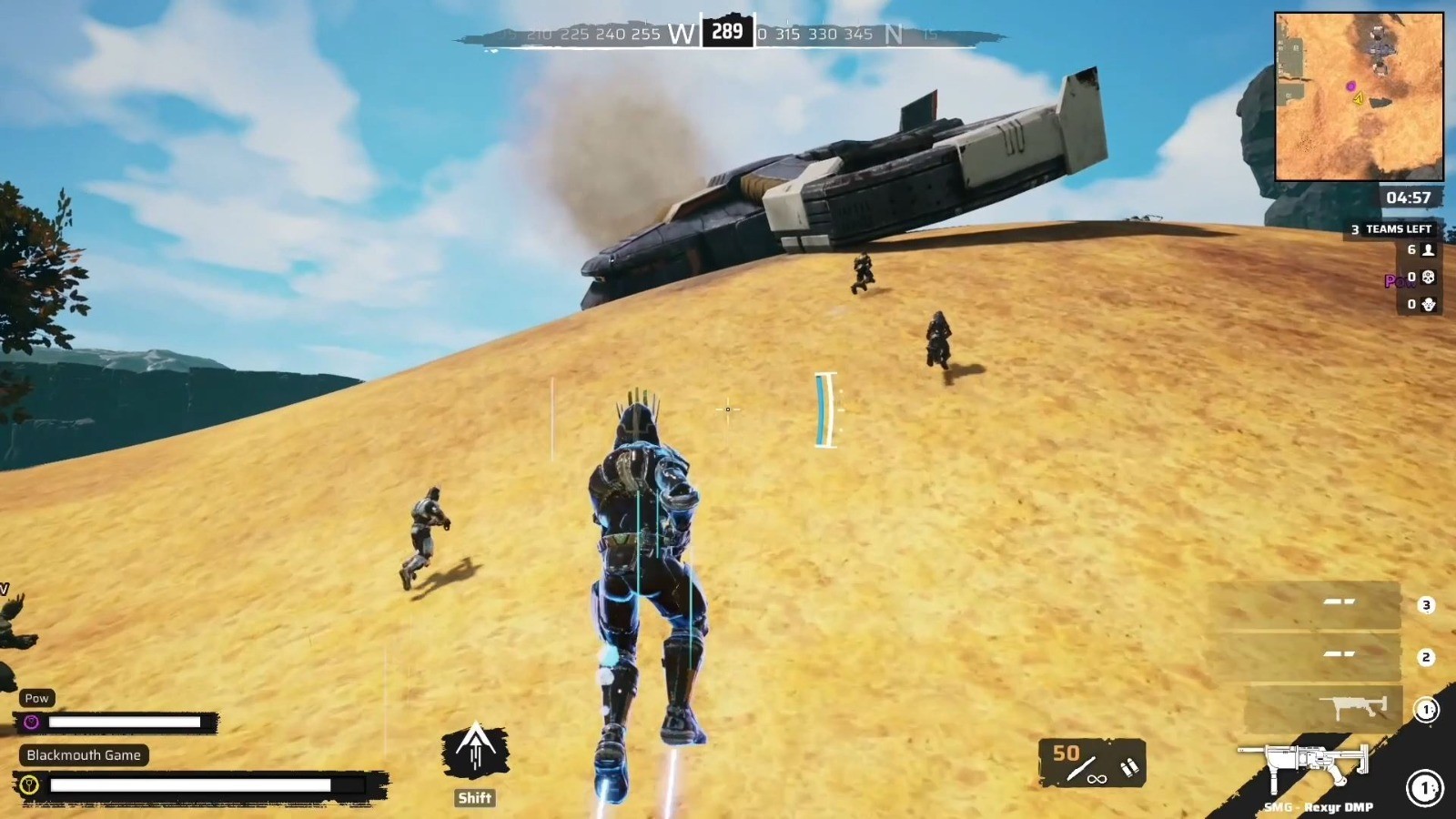 Hit n’ Rush is a Battle Royale, third-person shooter on planet Earth in a not too distant future. Humans organize tournaments to prove their greatness and power to the community. Only the bravest  will join the great offensive against the common enemy, the Rovers. The Battles take place in a hostile terrain called “The Outbreak”.

Skillfully attack from the sky and ambush at high speed using the surprise factor. Fortify yourself with a vast arsenal of weapons, go solo or join other allies and head to the battlefield. Teamwork is essential in the Hit n ‘Rush universe.

After a few minutes in battle, the pulse will eliminate every human being which is not in the protection of the domes, so rush and find your place in one of the multiple energy domes that are throughout The Outbreak.

Aside from the other teams, you’ll find amorphous-looking mutants called Rovers all over The Outbreak, protecting desired loot. Fight them and take your reward, but be careful. They will use their claws and energy beams to protect the loot at all costs.

If you survive the fierceness and competitiveness of The Outbreak, you will proclaim yourself as a true warrior capable of facing the main threat to humanity, however, there are many challenges that you will have to overcome to achieve such status. Only the most courageous will survive. Climb the rankings and reach glory.

Rushers possess a mysterious power capable of anchoring the existential physical plane in a state of consciousness between life and death. In the ghost world their soul is freed and you must survive the fight against other souls. As a ghost soul you are vitally linked to your teammates. The only way to resurrect is to be in a dome with your team during the pulse.

If you survive the fierceness and competitiveness of The Outbreak, you will proclaim yourself as a true warrior capable of facing the main threat to humanity, however, but there are many confrontations challenges that you will have to fight overcome to achieve such status. Only the most courageous will survive. Climb the rankings and reach glory. – Steam