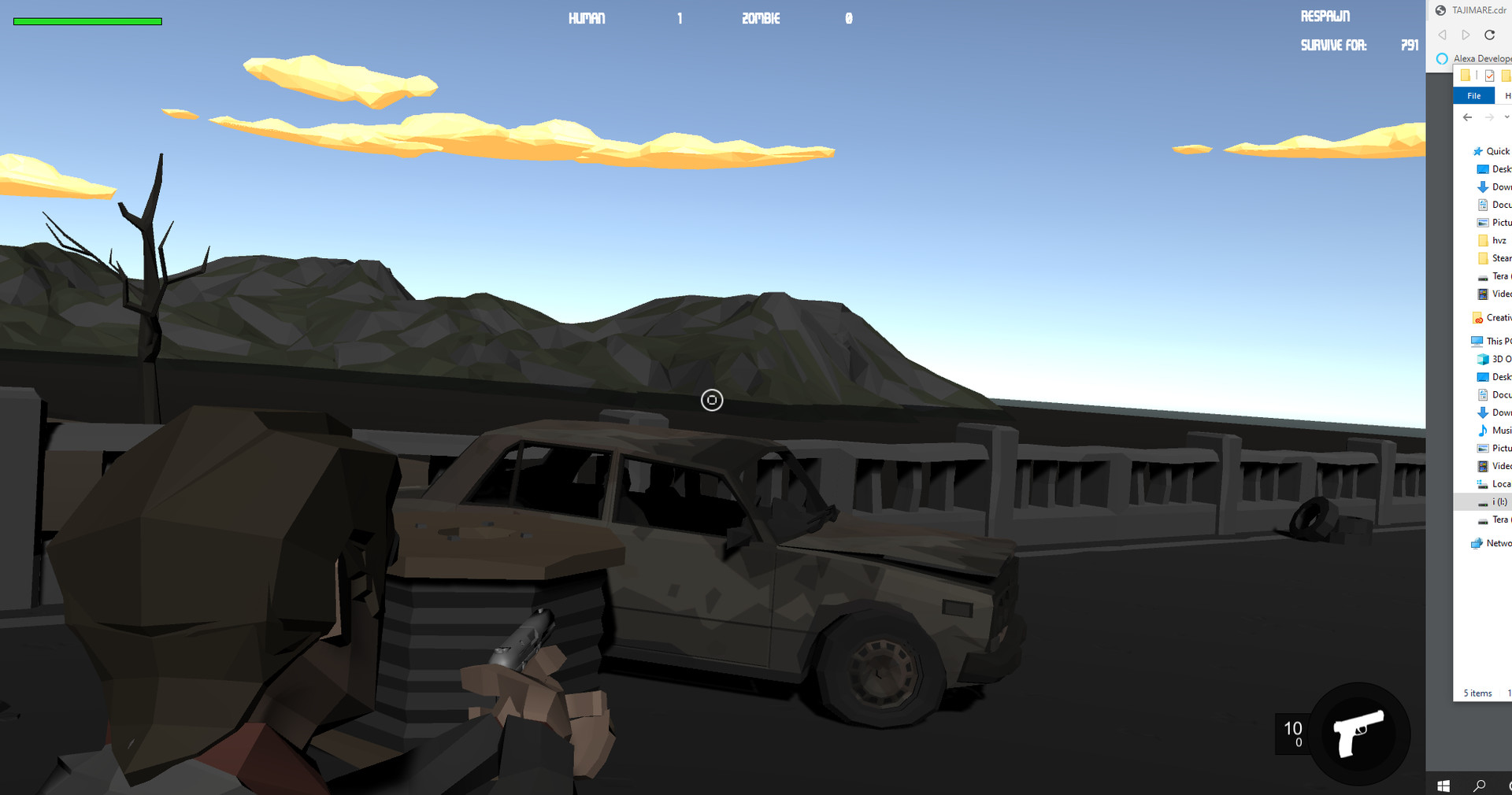 People have play Humans Versus Zombies on College their college campus of choice for years. It was live and in person, and a ton of fun. Now you can get back into the action playing a new kind of battle royal FPS based on Humans Versus Zombies. There are three distinct game modes, survival mode, get to the objective, last man standing. Survival mode allows you to hone your zombie killing skills, take on never ending waves of zombies controlled by AI. ‘Get to the Objective’ is the same as ‘Get to the chopper!’ the human team has to make it to a designated point in the map, to make it interesting you are told what to go to but not how to get there. Last man standing is where the human team tries to survive 15 minutes of zombie onslaught. If any humans survive in last man standing the human team will win. In all the game modes the object for the Zombies is extremely clear, “KILL ALL HUMANS!”

We offer tons of customization for your character. You can select from a variety of humans characters and zombie characters. Want to make your avatar look unique? No problem get a beard, or a unicorn hat, or a football helmet.

It has been our dream to bring this game to life for fans of Humans Versus Zombies everywhere. We plan on releasing more maps and more characters every season, to keep the game alive and interesting. – Steam