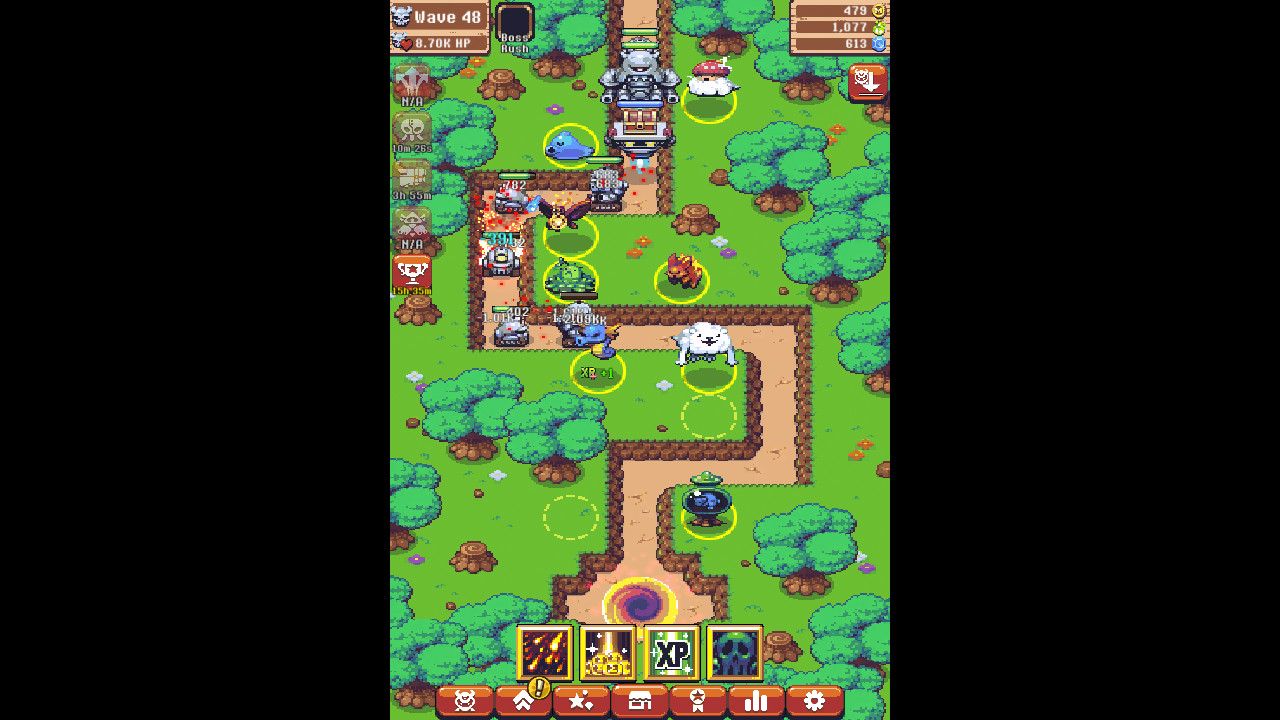 Protect the…monsters? As the commander of the United Monsters Alliance, you’ll defend your homeland from menacing machines in Idle Monster TD.

This delightful take on tower defense flips the script, putting you in charge of helpful creepy-crawlies trying to stop robot invaders from pummeling your base. Strategically place allies like Sea Stallion for extra-speedy attacks, or use Firefly for heavier damage. And if things get real dicey, just wipe the map clean with a firestorm spell!

Eradicating bots gives you upgrades to bolster power, speed, and other stats – and the more bots you obliterate, the more monsters you’ll unlock. Idle Monster TD’s menagerie is filled with awesome beasts, like cute water sprites and scorching fire devils. Discovering new creatures is part of the fun.

Like any loyal pal, Idle Monster TD takes care of itself when you’re away. Come back in a few days to claim gold and power up your defenses. Those robots don’t sleep—but neither do your monsters.

Idle Monster TD is a perfect blend of the Idle and Tower Defense genres. The game is endless and can mostly play itself without you watching. However, an immense amount of strategy is required to play efficiently and place well against your peers on the leaderboards. Go on an epic never-ending quest, explore a fantastic world, battle robots and monsters, and defeat epic bosses in Idle Monster TD! – Steam