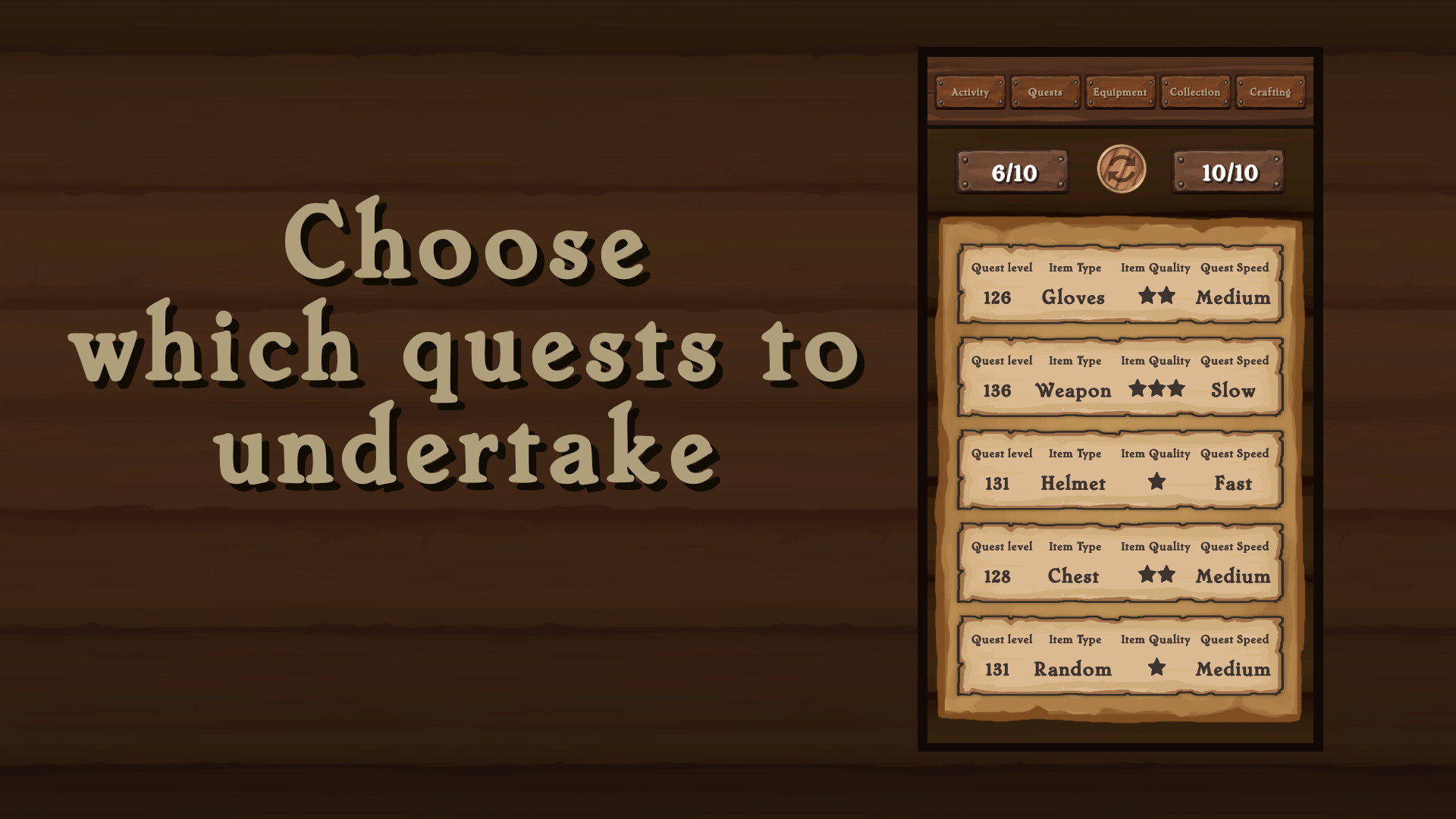 Loot Grind Simulator is a fantasy-themed game about completing quests and earning better loot to equip. The game is meant as satire of the current MMO and Looter Shooter trends and features idle gameplay elements with decisions about what quests to undertake and items to craft.

The main goal of the game is to reach level 1000, which is the max level, but similarly to MMOs, Loot Grind Simulator has multiple objectives for different types of players such as unlocking all achievements, collecting all different item images or having a full set of Unique equipment (the highest rank in the game!).

The game also has a crafting system that lets players combine spare items to create better ones, as well as an in-game timer for speedruns! – Steam