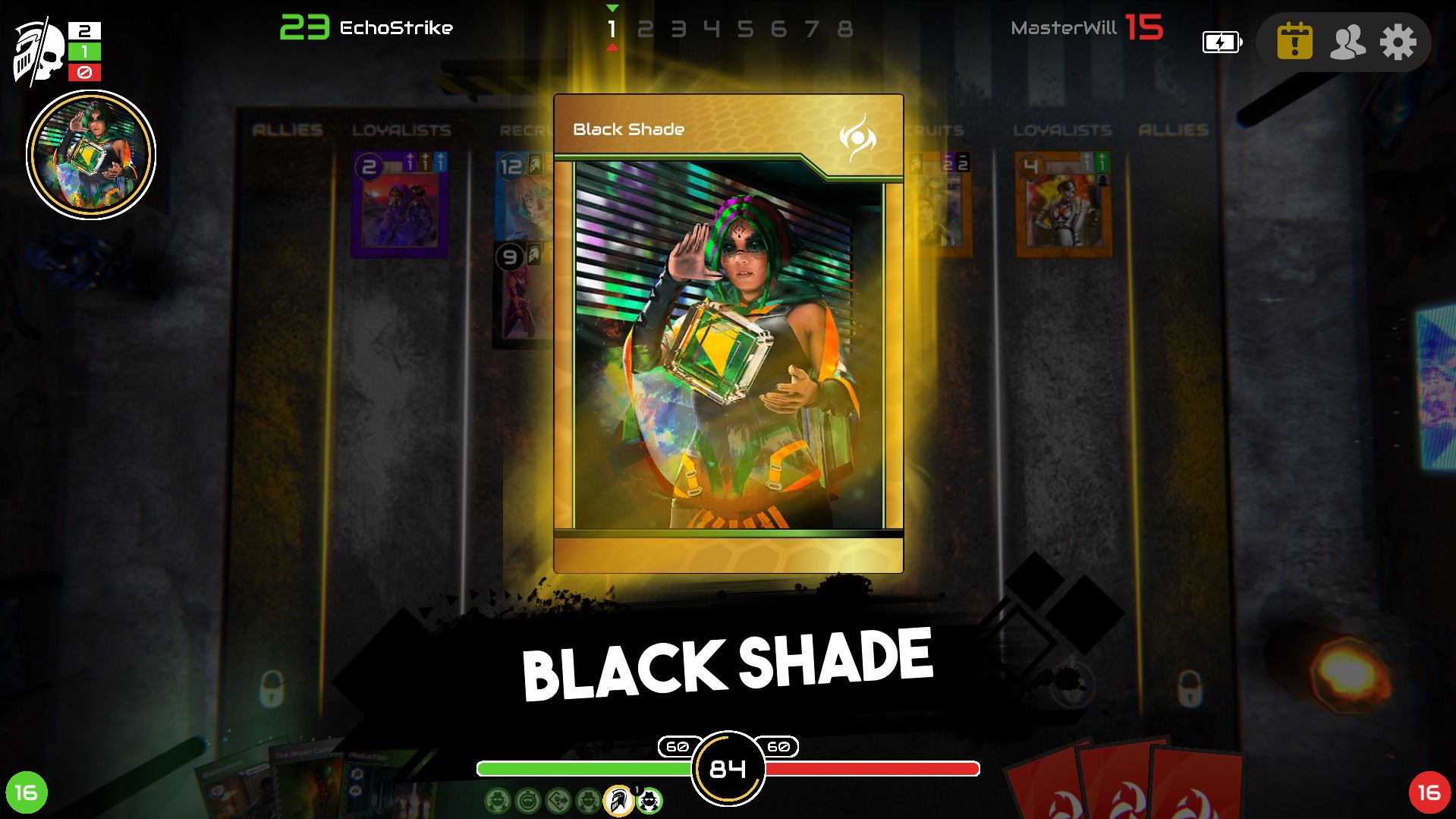 Master of Wills is a strategy card game that is easy to learn but difficult to master. Set in a beautiful cyberpunk world, opposing players choose which Faction best suits their play-style. MOW doesn’t rely solely on your Faction cards but also on your ability to manipulate the movements of the shared Community cards resulting in an epic “Tug of War”.

The board is set with three rows on each side (Recruits, Loyalists, and Allies) and a neutral area in the middle. Your objective is to move as many Community cards to your side by the end of the game while using Faction cards in your hand to manipulate and influence the cards, game and your opponent. The points earned for each player on their side will determine who is the Master of Wills. Battle the AI, play the single player campaign or challenge other players in PvP arenas.

Collect over 250 cards across 4 Factions. Craft Faction card decks to create the ultimate combos and crush your opponents. With an easy to use deck crafting system players can create a wide variety of deck strategies. Customize your community cards as you unlock artwork to give your Faction even more personality.

Daily missions keep the game play fresh encouraging different strategies to complete missions for rewards. Players can take their journey into the MOW universe even further by teaming up with friends and allies to form a Syndicate. Work together to earn extra rewards.

Explore the story of MOW through each Faction and Community card. Uncover the lore that ties the cards and characters to the larger game universe we have created. The four core Factions that are available to choose from are Alphaguard, Razorcorp, Dawnlight, and Shadowcell with more to come in the future.

Battle your way to the top of ranked play each season to earn rewards. Utilize match statistics to evaluate your game play and learn to maximize your play styles. – Steam