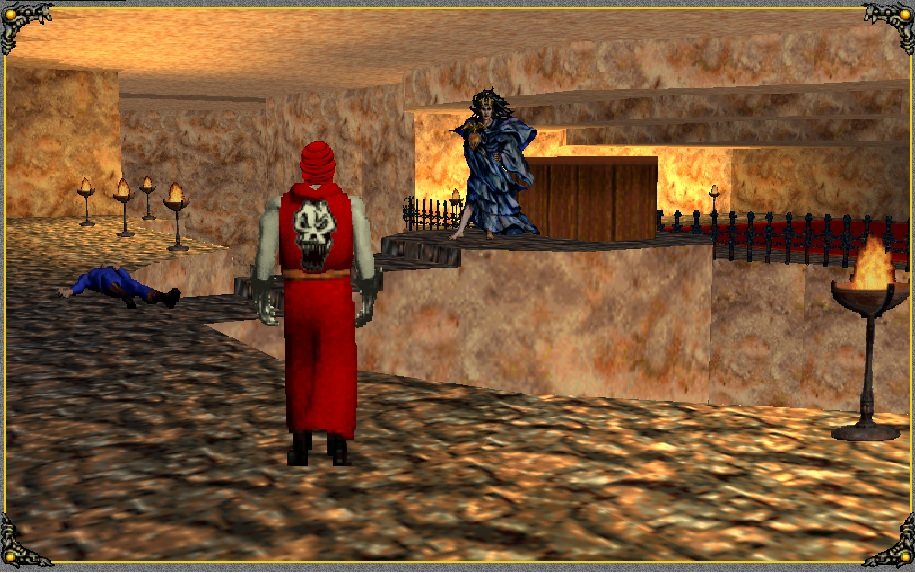 Play the world’s first 3D massively-multiplayer online game! You will need to create a free account on our Web site in order to log in.

Meridian was released in 1996, when few people had heard of the Internet. It became well-known for its exciting player-vs-player (PvP) combat system, often setting alliances of guilds against each other. It has been running almost continuously ever since. In 2010 it returned to its original creators, and now it’s open source and completely free. Come and see the game that started it all!

After creating your account and logging in, you will customize your character and select your initial skills and spells. You start in the town of Raza. Right-click on signs to learn the controls and basic combat. After passing through a glowing portal, you will be transported to the main world, where you are free to explore. Don’t be afraid to ask other players for help!

Meridian is completely free–there are no purchases, in-game or otherwise, and no advertising. If you would like to donate to keep the servers running, you may do so on our Web site. – Steam