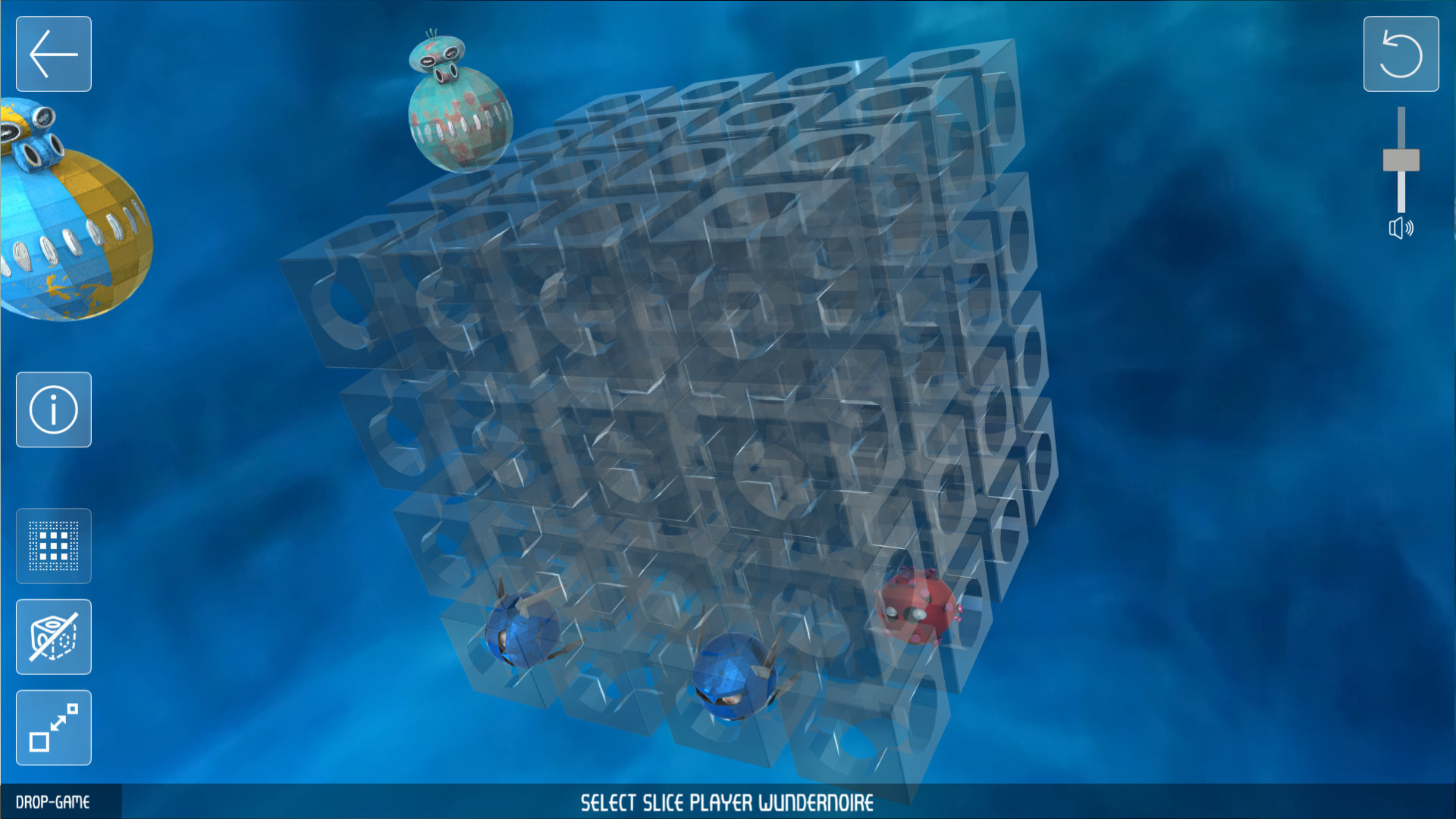 Is a 3D puzzle game where you compete against Artificial Intelligence or your Steam mate in a formation of cubes made in glass. Your aim is to fill four cubes with your characters in a row.

There are three game modes:

To play the two player game, you need to make friends of other Steam players first. Do the following: