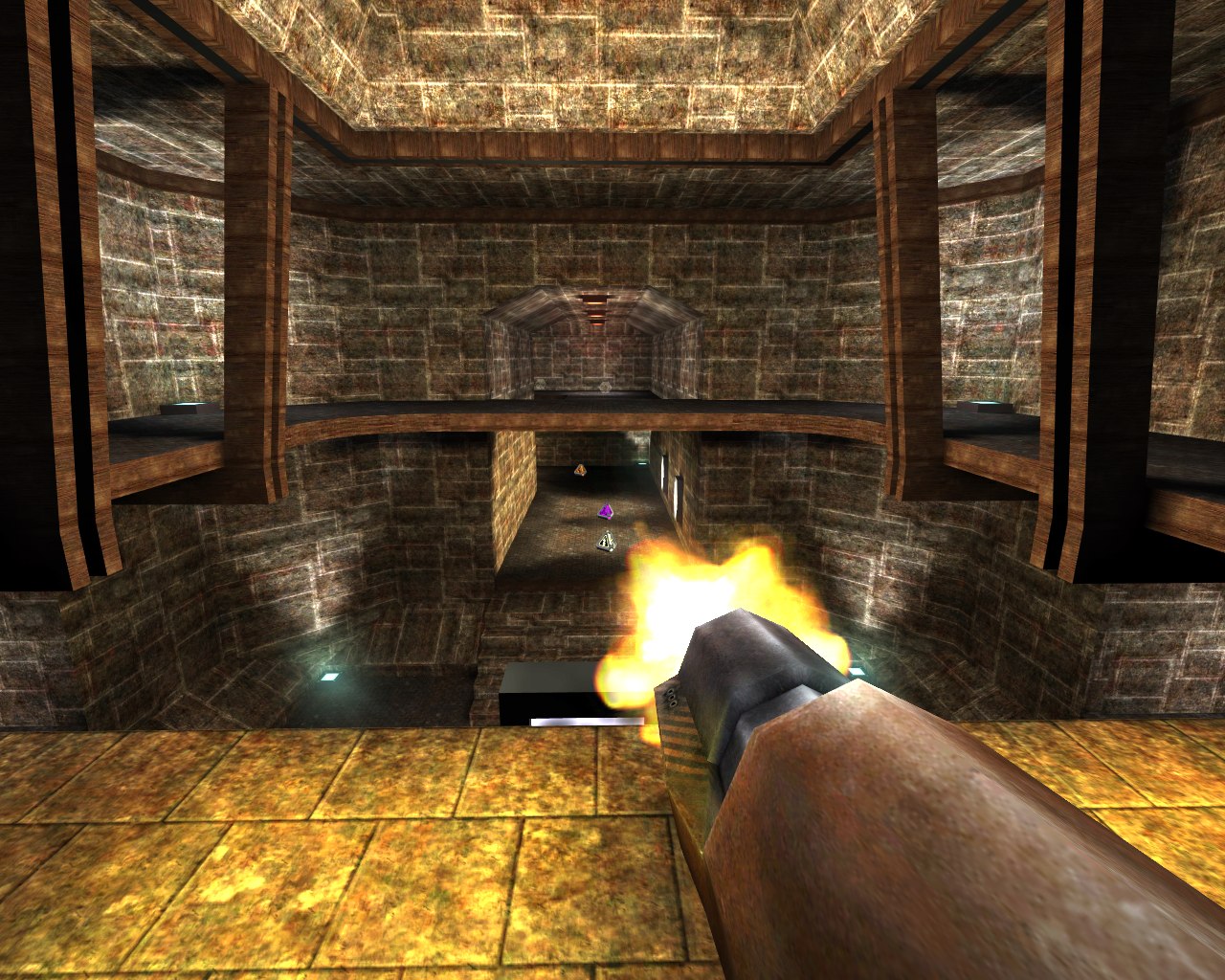 OpenArena’s gameplay attempts to follow Quake III Arena: score frags to win the game using a balanced set of weapons each designed for different situations, with just minor changes to the rules enabled by default (like awarding a character for “pushing” another character to their death).

Each match happens in an “arena”: a map where players try to kill each other; some arenas are designed for Capture the flag and similar gametypes, so are built with two bases (usually identical, apart from the colors), for the two teams.

The Quake III style of play is very fast and requires skill to be played successfully online. It’s an arcade-style gameplay which allows players to quickly move through maps thanks to “bouncepads”, “accelerator pads”, “teleporters” and advanced techniques such as “strafe jumping” and “rocket jumping“. Some arenas include traps.

The game can be played online (against other human players) or offline (against computer-controlled characters known as bots). “Singleplayer” mode allows players to play a predefined series of deathmatches, unlocking a new “tier” of four maps after completing the previous one, or to create custom matches in any game type through the “skirmish” mode. – https://en.wikipedia.org/wiki/OpenArena