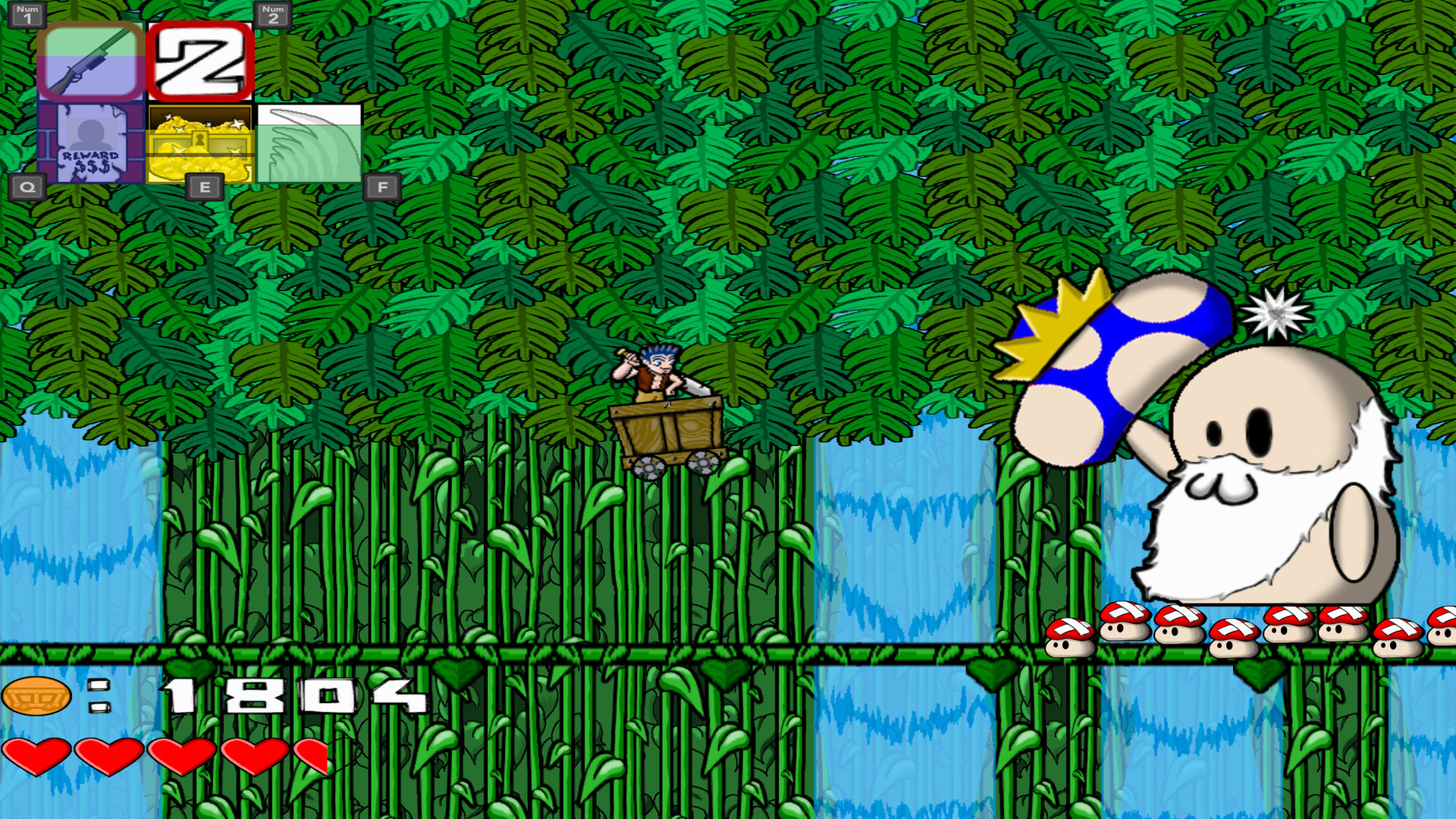 Rogue Rails is a 2D Roguelike-inspired Platformer, with a bit of a Bullet Hell twist. It’s challenging, highly replayable, and easy to just pick up and play. The controls are easy to learn and master with keyboard or gamepad.

Characters
The game features six unique characters, each with four abilities that can be leveled multiple times during a run. Choosing where to put your skill points can drastically change the way the game is played. Combine character and skill choice with different sets of items, and you can essentially have a different game on your hands every time you play.

Items
There are lots of different items in Rogue Rails, each adding something different to any given run. Which items you choose to use will greatly impact the way you play. At the many in-game shops you will encounter during any given run, these items are made cheap enough to allow you to experiment with different builds, but expensive enough to make those decisions matter.

Foes
While there are lots of different common foes you will face in the dungeon, there are also six bosses to tackle. Each boss offers a different challenge and requires a different strategy to defeat. While certain characters running with specific items might find one boss to be an absolute pushover, the next might not be so forgiving. Experimentation and strategy are key to beating each of this game’s bosses!

Procedural Generation
Like many Roguelikes, Rogue Rails features fully fledged procedural generation for its levels, meaning each run will be different from the last, and no two will be exactly the same. The items you will find in shops, the enemies you encounter and their numbers, will all vary each time you play. This is all even more true once you unlock the game’s second mode!

Unlockables
While all of the game’s characters and items are completely unlocked and available from the moment you start playing, the game features a ton of quirky, yet detailed flavor text for nearly every single character, item, enemy, boss, and level type. A special mode also awaits those skilled enough to brave the game’s final boss, and ride away victorious.

Updates
Like all good games, Rogue Rails will continue to be updated after release. We realize that it is impossible to launch a game, no matter how big or small, without some issues. We are confident in our game, and will continue to squash any bugs that rear their ugly heads as we find them, and as they are reported to us by awesome players like you! We also have potential plans for content updates in the future if there is enough interest in such things. Stay tuned!

In Closing
This is our first officially released title. The people involved in this little project have worked on other games in the past, but this our first actual commercial game. It was a blast to be a part of its design and creation, and we all sincerely hope you enjoy it. We look forward to everyone’s feedback going forward, so we can make it that much better! Thank you! – Steam