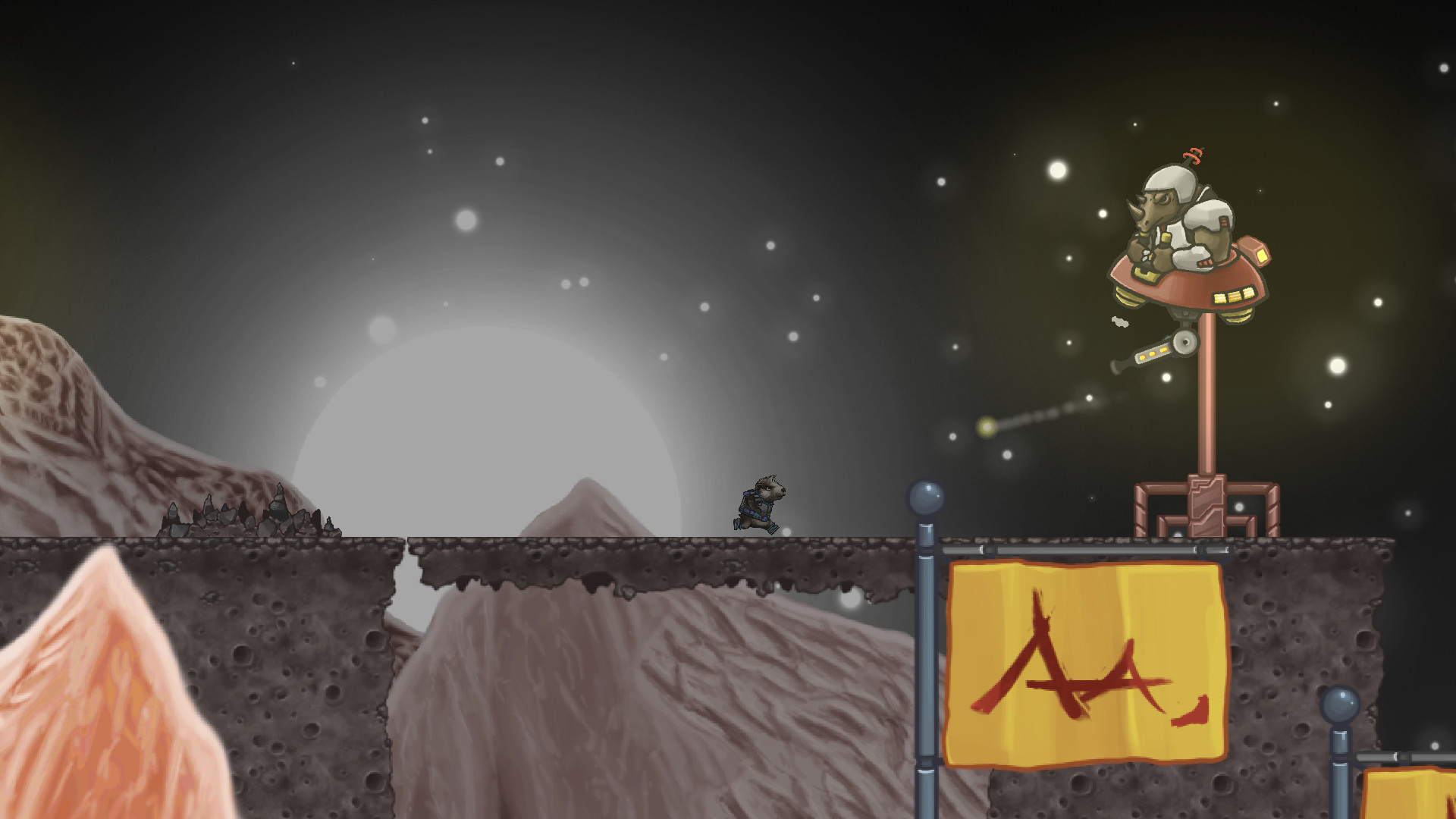 Picture this. One guniea pig alone in the vastness of space, fighting an empire of evil Rhinos. Sure, that’s pretty unfair…the Rhinos don’t stand a chance!

Scott in Space is a stylized platformer with a classic gameplay core, plenty of different enemies to defeat and quests to fulfill. Can you stop the evil Rhino Empire from abducting guinea pigs from their home world New New Guinea? Can you defeat the dark rhino leader named… Evil Andy?! Can you make it home before dinner? So many questions and so little time!

If you like the light-weight sphere of classic family platformers and you love helping little guinea pigs in space out from time to time (an uncommon hobby), then Scott in Space is the right game for you!

Scott in Space is the debut indie title developed by Ragiva Games. The design team of this game is a group of three indie devs with experience from the games industry who decided to go their own way.

– Prove your guniea pig platformer skills (you have them, right?)
– Fulfill quests for questionable characters
– Enjoy a dead-serious story with non-existent rodent-rhino war humor
– Explore over 50 levels across 7 planets
– Sing along to the orchestral soundtrack (or just listen while playing, your call!) – Steam