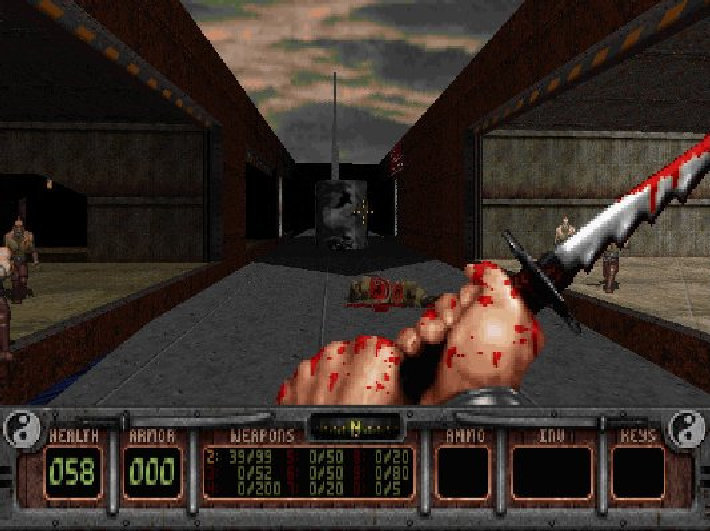 Lo Wang. The very name strikes fear in fortune cookie-eating Mafia men and small children everywhere. He is the reason most ninja wannabees have sold off their combat sandals to the local pawn shop. Lo Wang is Shadow Warrior. #1 Assassin. #1 Yakuza abuser. #1 Freak fragger. #1 Mutant mutilator. #1 Reason to be scared of the dark. Enter the Land of the Rising Sun and spread ninja charisma like napalm for there are undead sumos to be uzied, samurai to be shurikened, and bulldozers to be boarded. Don’t forget to goose the geishas and make sure your dinghy isn’t hanging out…

From the creators of Duke Nukem 3D, comes the ever-explosive, forever controversial Shadow Warrior, a first-person shooter that takes the Build engine to its extreme limits. Offering a destructible environment with a bevy of weapons–ranging from razor-sharp katanas, 4-barrel shotguns, and even your own fists–Shadow Warrior is sure to satisfy the hunger for some Lo Wang and not leave you hungry an hour later.