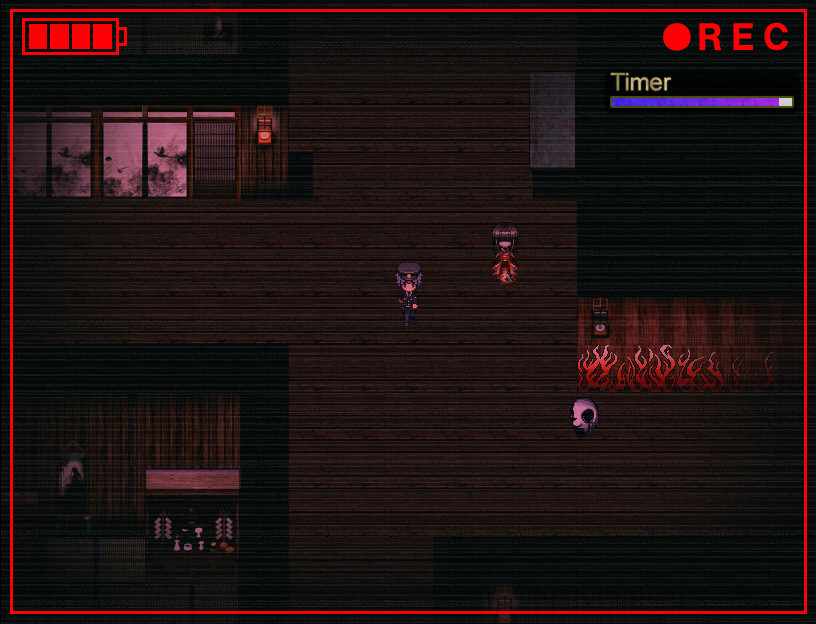 Storyline of the game

In our village, there is a forest that is prohibited from entering by law.Once you step in, a forest that will never come out again…
Occasionally, an event occurs in which people who lose their motivation to live and end their
lives or who step out of curiosity disappear without a trace.
□□ A search for the missing person has begun at the police station.
However, when the police who had been searching for it disappeared, the case was on the verge of being covered up.
However, the police “Yuto Kisaragi”, who could not watch it, began a search.

On the silent dream

This game is a horror adventure game made with RPG MAKER MV, licensed by Shiroma, the creator of the 3D horror game “Shadow Corridor”.There are a total of four endings in the game, and you can see three endings in Chapter 3.
A txt file named “ReadMe” exists within the downloaded game local file.
Please check the file as much as possible because I have entered some points to follow and solutions to
the sections that are expected to be blocked during the play. – Steam