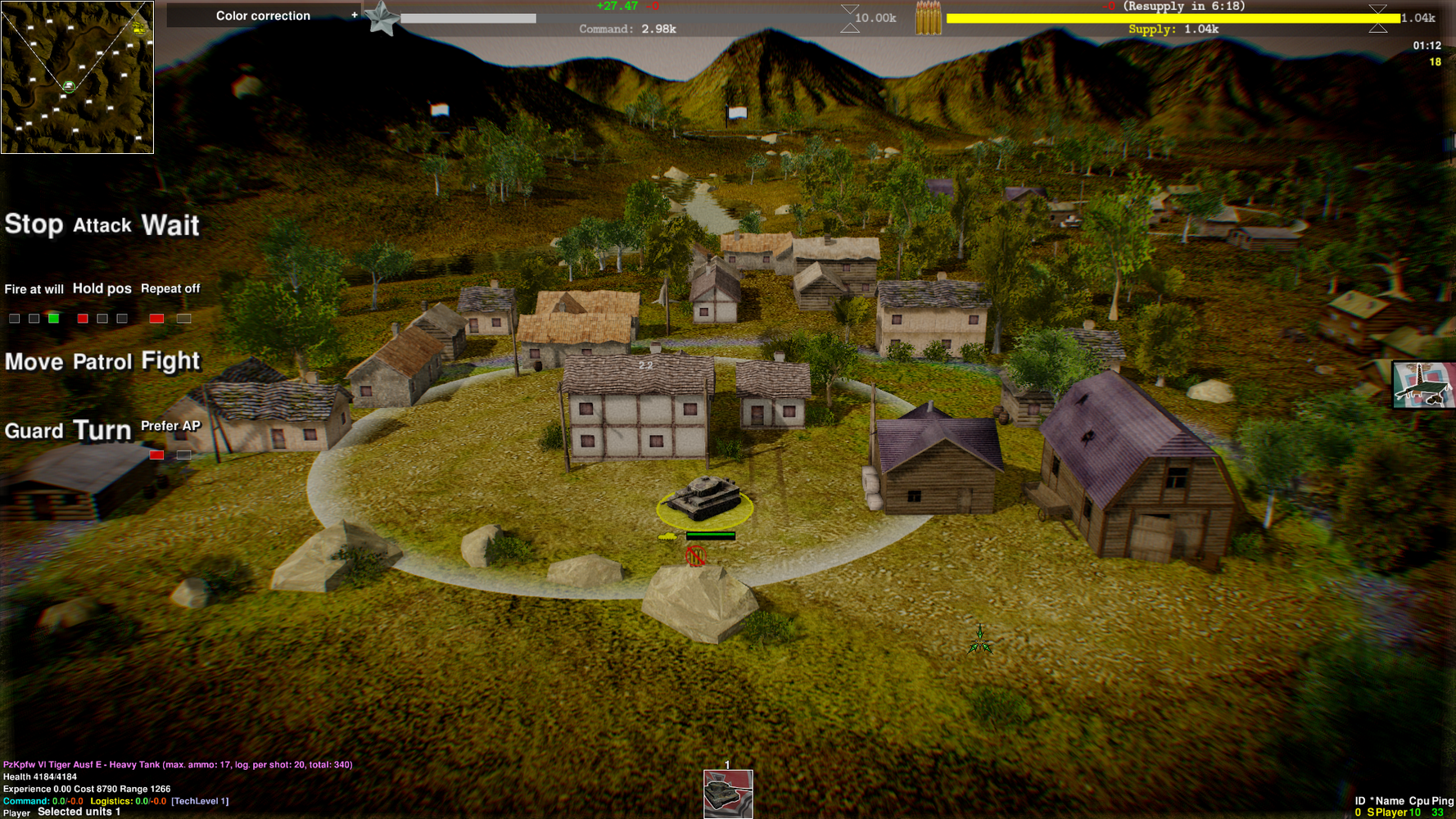 Spring: 1944 is an open source Real Time Strategy game set in the final year of WWII. Think of it like a cross between Company of Heroes and Supreme Commander, as designed by someone who played neither.

Originally begun in 2002 as a single-unit modification for Total Annihilation called Axis & Allies TA, the game has since grown well beyond its original plans. The mod was completed in August of 2005, with the main dev at that point (M_26_7 / SpikedHelmet) deciding it was time to move on. Not long after, an early version of the Spring engine was released — an engine designed to run content from Total Annihilation, and Axis & Allies TA was soon ported by a fan, and then by FLOZi in November of 2005. The port was then released in December 2006 with a few bits of new content (mostly infantry models) and updated game play elements.

After that release, AATA was reborn as Spring: 1944 – a complete re-build from scratch, using all-new content and a new design philosophy. While our release schedule has been a tad on the erratic side, work has been progressing continuously ever since 2006, with published builds going out approximately once or twice a year. The game reached a nearly completed state between 2010-2011, and most of the work since that point has focused on balance, a handful of new gameplay mechanics, cleaning up the game’s internals and smoothing out the experience for new players.

Fight massive battles on land, sea and air with hundreds of different units and buildings, with one of the 8 already available factions . The unique features of each faction, the huge number of units potentially involved, and the wide variety of available combat theaters, make each battle different.

The thing may quickly change on the battlefield! – https://spring1944.net/