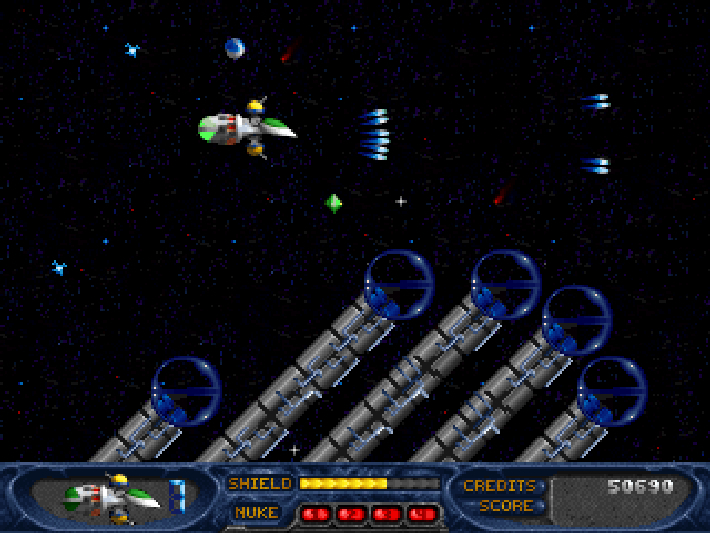 In the far distant future, an epic war for survival takes place. Deep within the Andromeda galaxy, the people of Zile grow restless and greedy. The Zilions secretly prepare for a massive strike against the nearby planet Ytima. Fearing such an attack the Ytimians train an elite squad of “Stargunners.” Their mission: To strike the planet Zile first, and cripple the Zilions three strongholds, where the Zilion war fleets await the launch order. If the Stargunners can surprise the Zilions on their own planet, and destroy most of their fleet, then good will triumph at least one more time.