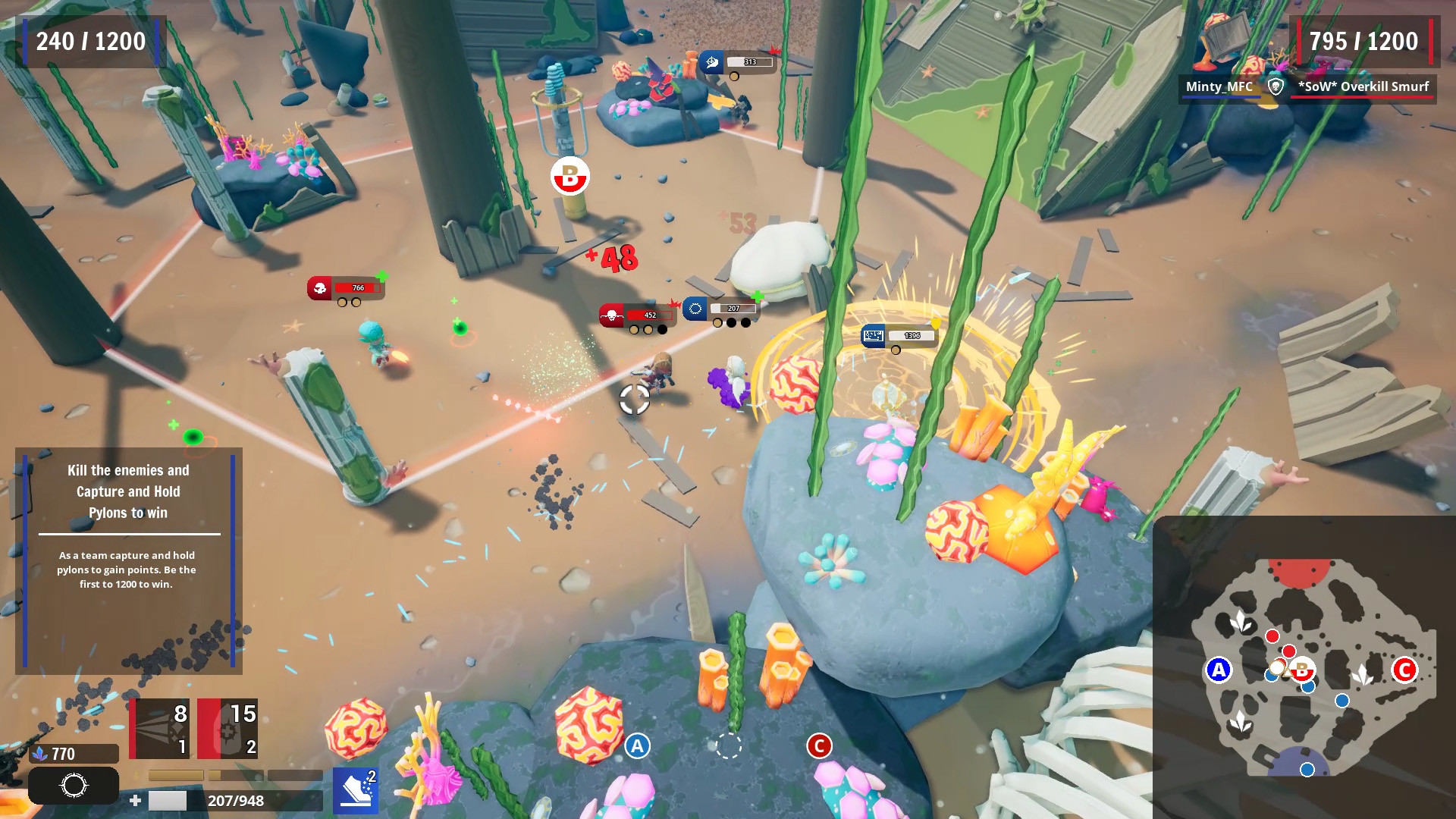 Super Squad is a team-based Multiplayer Online Shoot-‘Em-Up (MOSH) where squads duke it out in a manic-strategic battle for domination. Tactics, teamwork and twitch reflexes are required to claim victory over the enemy Squad, with top-down shooter controls, an abundance of awesome abilities, and a multitude of modes to master.

Super Squad combines the frenetic, twitch-based style of play from MOBAs and shmups with the strategic decision making you expect from your favourite RTS, to create a game that demands nimble fingers and a sharp mind.

Take command of Troopers with unique abilities and use them together to destroy the enemy Squad. Support your squad with our beefy boy Skull Crusher, heal up and buff your team as they fight as the adorable Florp, or go all out damage and max out your kills with the indominable Sarge; however you want to play, there’s a role for you!

Race across the Military Base, collecting launch keys to fire missiles at the enemy base. Warp straight into the invasion of New Mars, assaulting the enemy mothership to bring it down. We’re bringing more modes, more maps, and more troopers into this crazy mix all of the time.

Each Trooper has two unique special abilities, as well as their own weapon and role on a team. Play as Tharlin to burrow underneath your enemies, then blow them sky high with his landmines, or take on the role of Crow, grappling in and out of the fray and pinning down enemies from long range. Each Trooper has their own look, feel and gameplay style for you to master!

We’re committed to ensuring Super Squad is fun for everyone, regardless of their decision to spend money on the game. That means unlockable content at a fair pace, absolutely no pay-to-win mechanics, and our ongoing support for competitive play. – Steam