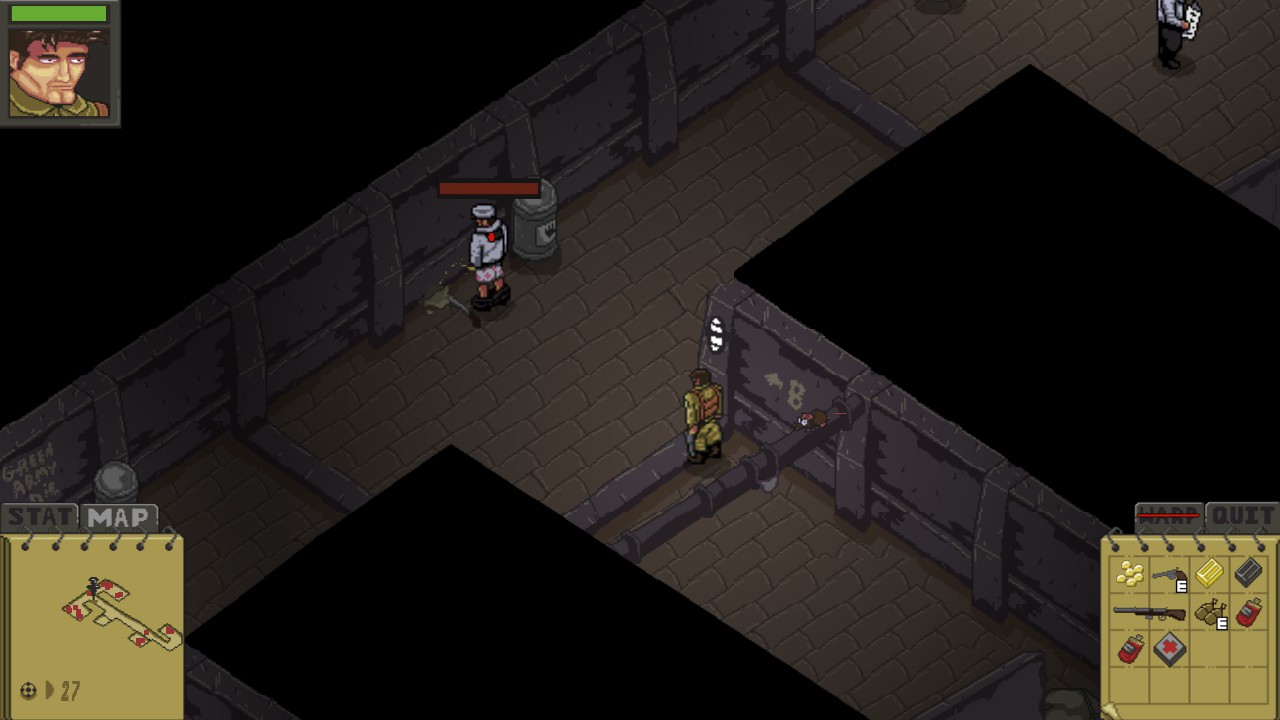 Super Trench Attack™ is a goofball comedy twitch-shooter based in a World War setting.

STORYLINE
The Dastardly Black Army has invaded your beloved homeland! The only thing between them and victory stands one man. A crazy recruit with an eye for headshots and a boot for kicking the enemy up the….well you get the picture. Enter the crazy world of Super Trench Attack.