Gather your weapons and prepare to battle the armies of Stuck. In the land of Myrriod, all of the hearts have been stolen by the horrible Emperor Stuck, and you are the latest warrior brave enough to try to return them, saving the world from total heartless destruction!

With the guidance of the great Kismet who will teach you the power of solitaire and the four great energies—attack, defense, agility and willpower—to battle your enemies… you could finally be the one to save the realm.

Each player’s journey will be a unique challenge, with a horde of ever-changing enemies and a wide variety of items and spells to explore. Battle your enemies with brute force, or cleverly constructed builds with devastating combos, and defeat the Emperor Stuck!

SHOW RUTHLESSNESS AND BLUFF YOUR WAY TO DOMINATION AND SNATCH THE VICTORY!

Gang of Four is an exciting game of cunning and strategy. Be the first to get rid of your cards and ascend to supreme power!

Descended from Choh Dai Di, the most infamous of backstreet Hong-Kong games, Gang of Four is the most popular card game to emerge from Asia in decades. Prepare yourself to struggle for power against the greatest gangsters of China!

Transmitting the mystery, intrigue and intense struggle for influence that embodied the Mafia world, Gang of four is filled with an endless variety of strategies. Exciting, entertaining and full of surprises, it is still simple to learn and play.

Play strong classic card combinations (Pairs, Full House, Straight Flush,…) with tactics to gain the advantage! But be careful of the Gang of Four, the greatest of all combinations! Discard all your cards before the others and snatch the victory!

Characteristics:
– Round-based card game with combinations.
– The digital adaptation of the most renown Chinese card game!
– One to four players online & local
– Play in solo against AI, face your friends in local pass & play or worldwide players with the online mode!

Doodle God is an addicting puzzle & world building game where players use logic and ingenuity to create the entire universe.
Starting with the basic elements of earth, wind, fire and air players can build a world filled with locomotives, Dragons, skyscrapers, Aliens and more. In Planet mode players will discover a challenging new way to develop the universe of their dreams. – Indiegala 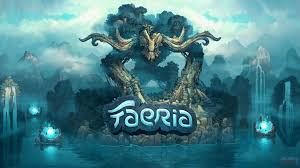 With its unique living board, Faeria will challenge you with truly strategic card battles. Craft your deck, shape the battlefield, and fight for victory!A strategy game like no other. Build exciting decks and shape the battlefield as you fight epic battles. Raise mountains, build forests, fill lakes, or harness the sands of the deserts. You choose your own path to victory.Earn your collection through our simple and affordable DLC-based business model. Experience a card game without expensive micro-transactions. Whether through solo campaigns, draft mode, or PVP, all cards are earned through simply playing the game!Enjoy 100+ hours of solo content, co-operative missions, and puzzles! Explore a vast array of challenges that reward you in return. Journey through the Oversky and defeat devious World Bosses – or even play enemy AI in draft mode!Enter Pandora, Faeria’s unique draft mode that where your deck-building skills are put to the ultimate test. Choose to play against the AI or put your deck to the ultimate test in PVP. Earn rewards based on how well you do. It’s the perfect way to increase your collection, or just have fun!Become a part of our thriving, supportive, and helpful community by joining our official Discord channel, subreddit, forums – or join The Hub! Years in the making, you’ll be hard-pressed to find a more welcoming group of players.Compete in regular officially-recognized tournaments with great prizes – or watch them live and win in-game loot! Our esports system rewards players for excellent performance and allows everyone else to watch, enjoy, and gain free loot! – Epic Games

Sheathe your sword, draw your deck, and get ready for Hearthstone – the fast paced strategy card game that’s easy to learn and massively fun. You’ll play your cards to sling spells, summon creatures, and command the heroes of Warcraft in duels of epic strategy. Did we mention it’s free to play? – Blizzard