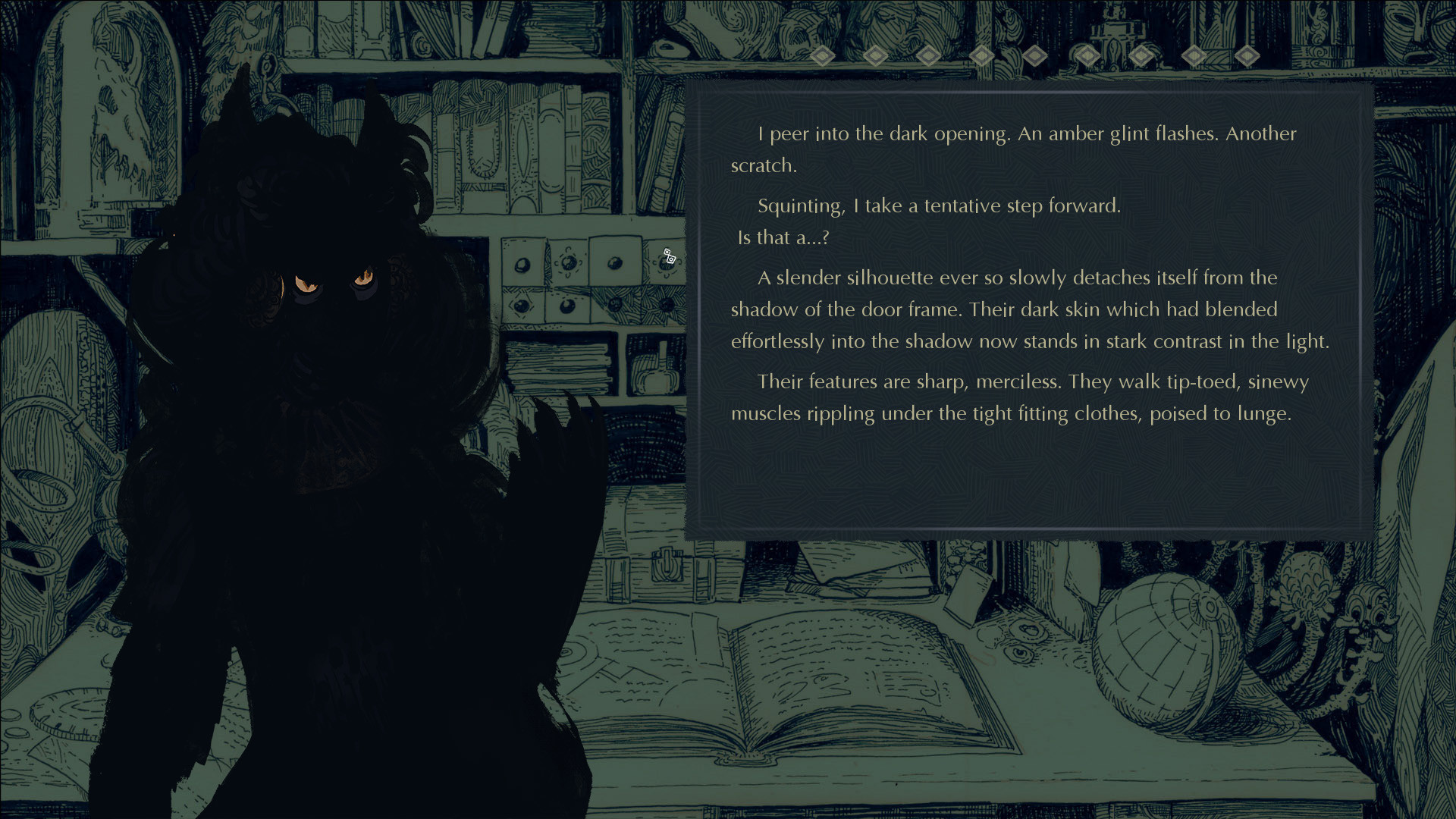 You’re woken up with no memory of your past by an elegant, enigmatic stranger called Ilar who tells you that a door to the abyss has opened up and threatens to consume you, unless you do exactly as Ilar says.

You’re sucked into a vortex of forces beyond your reckoning – dark magick, bizarre artifacts, shadowy stalkers, and a past life you’ve shared with the stranger that they do everything to hide. Armed with the knowledge that you were a High Magus, and that a botched ritual of yours caused the disaster and your amnesia, you must summon your wits, courage, and force of will to rediscover the spell and undo your mistakes.

Finding the tower’s secrets, however, will not be easy, for they’re locked tight within your research journal, written on scattered letters, and lying between the lines of Ilar’s words.
On top of that, danger waits around every corner – spells that warp your mind and body, sinister creatures who lurk in the dark recesses, and a relationship with Ilar that borders on explosive at times – everything seems to conspire against you.

But all is not lost, for there are fleeting moments of reprieve – an achingly comforting, recovered memory, an unexpected visit from a loyal companion, a touching moment of connection with Ilar – lifelines and breadcrumbs pulling you inexorably toward an unsettling conclusion.

Can you piece together the scattered puzzle of your life? Can you save yourself and Ilar? Can you keep your mind in one piece until the end?

The Remainder Act 1 is a Visual Novel with 40k words