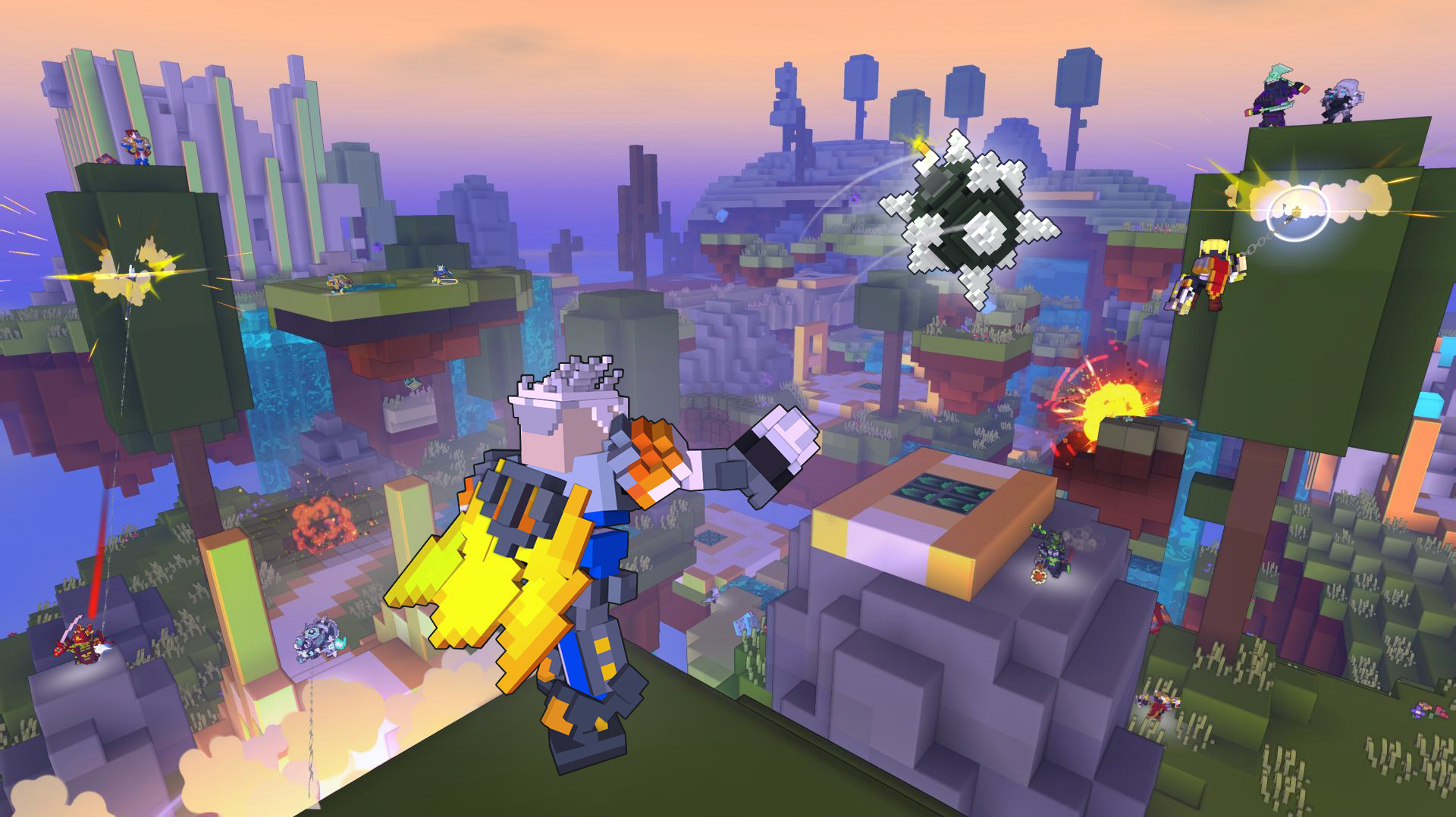 Grab your friends, hone your blades, and set off for adventure in Trove, the ultimate action MMO! Battle the forces of Shadow in realms filled with incredible dungeons and items created by your fellow players. Whether hunting treasure in far-off lands or building realms of your own, it’s never been this good to be square!

Play as a Knight, Gunslinger, Ice Sage, Dracolyte, Pirate-with-a-parrot, or any (or all!) of the other Classes in Trove while mastering abilities from deadly ninja techniques to deliciously deadly ice cream crushes. Upgrade your gear to tackle epic challenges and strut your stuff with killer looks.

Explore through fully destructible realms on the backs of fire-breathing dragons and purrfectly whiskered Meownts. Jump into action tailored to any level as you conquer untamed wilds from the Treasure Isles to Candoria, home of the sweet-toothed Candy Barbarians.

Assemble a group of hardy cube-kind and crawl your way through huge dungeons unique to each realm. Brave deadly minions, bosses, and traps to “liberate” powerful armor and weapons, or dip into smaller Lairs for single servings of danger perfect for solo fun.

Get Rich with Loot

Rake in a shimmering hoard of treasure and collectible items from the deepest and darkest places in Trove. Load up on special gear, costumes, decorations, recipes, crafting ingredients, flying carpets, sea-faring ships, and dragons of mighty renown.

Cornerstones are personal homes you can build block by block, but they’re also mobile bases! Drop your Cornerstone at specially-marked plots in any world you’re visiting, and voilà: your hand-crafted home-away-from-home will appear, giving you a place to kick back, relax, and craft to your heart’s content.

What’s better than crafting alone? Building entire new Club Worlds with friends. Feel like making enormous geodesic domes in the desert? Magnificent castles in the sky? Do it – and land yourself in our list of the cubic masterpieces in Trove!

Build Anything in the Game!

Dragons? Check. Bacon swords? Yup. Rainbow-grade 3D glasses of insufferable doom? Just the tip of the iceberg! Collect a HUGE range gear made by your fellow players and make and submit your own items – including Dungeons, Lairs, Class Costumes, and more.

Music Blocks, Meownts, Fishing, Farming, Pets, Sailing (with Boats!), Flying (with Wings!), Mag Trains, Dance-Pads, Heroes, Villains, Allies (who might be Villains), Flasks, Bombs, Piñata Parties, and the Crafting of any and all Things.

Did we mention it’s free to play?! – Steam