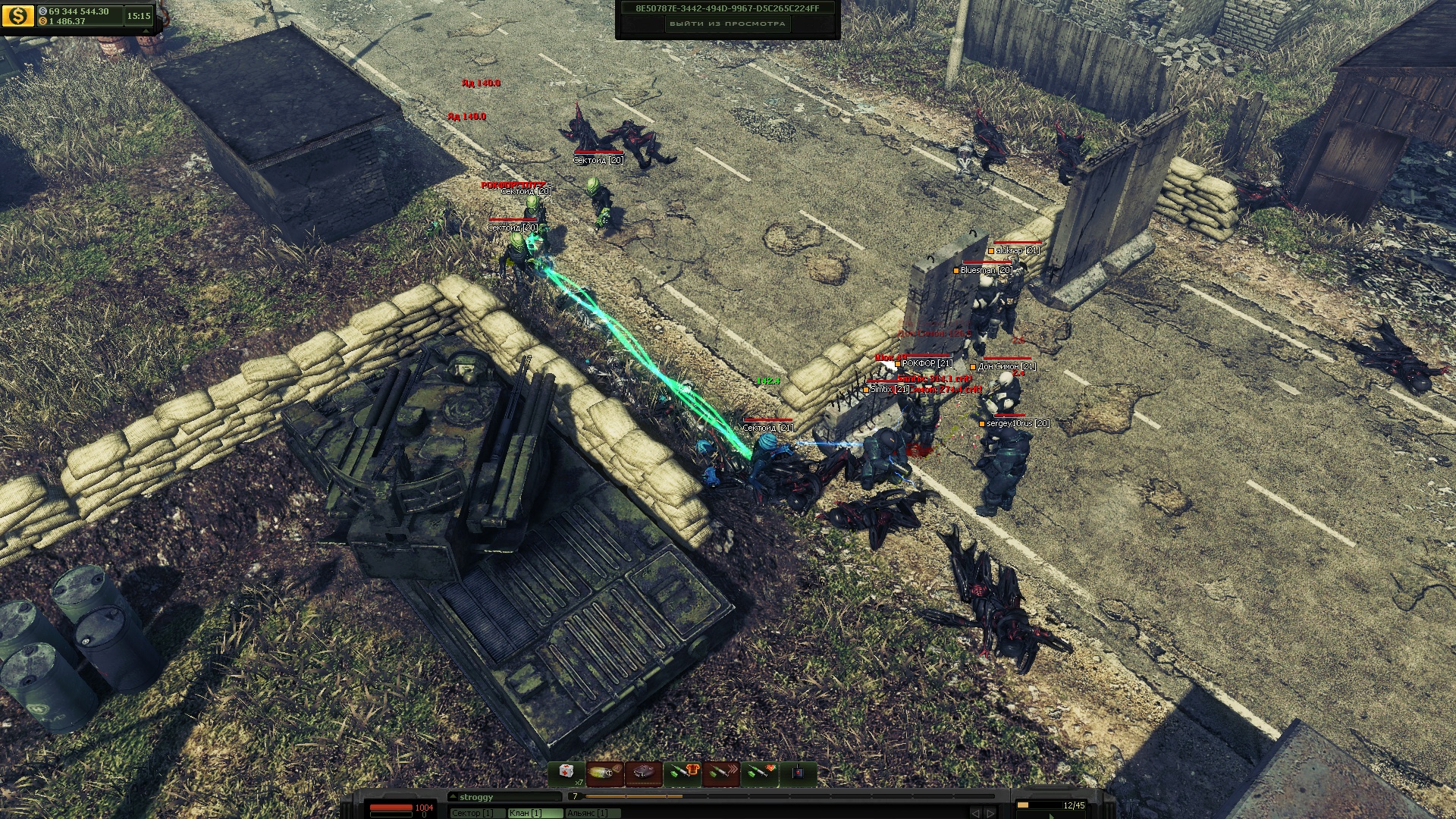 In February 2024 a huge alien spaceship attacked Earth. Myriad capsules containing xenovirus landed and began spreading their contents across the world. Right after that alien dropships began the descent. The main alien objective was to gather genetic material generated by natural evolution process. Then they planned to totally eradicate life on our planet and re-seed it with primitive life forms, as they have done many times before. But they have failed.

It was too late for their plans. Human evolution has been much more efficient than they expected, and they faced fierce resistance. In this war every man was fighting not for resources but for the right of humanity to exist.

After this war, our world has changed beyond recognition. Alien mothership suddenly left Earth’s orbit, but some alien life-forms and some of their infrastructure remains on Earth.

So the War Is Not Over.

Players have 60 seconds to choose their actions during “Planning phase” and watch their actions resolve during “Simulation phase”. This system eliminates countless hours of waiting for your opponents to complete their turns, thus allowing massive tactical PvP battles with dozens of participants.

Gather resources, craft weapons and equipment, use them or sell for profit.

Create and improve your clan or join existing one. Wage bloody wars with enemy clans and alliances to control bases

Fight for control of the bases, defend them, improve them and use to craft most advanced equipment

Play Your Own Style In Ufo Online! – Steam